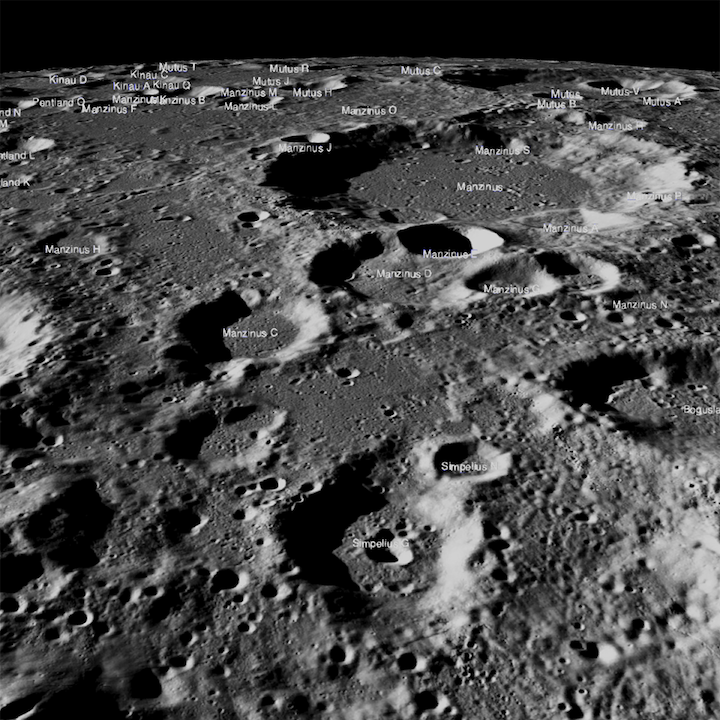 The Chandrayaan-2 lander, Vikram, attempted a landing Sept. 7 (Sept. 6 in the United States), on a small patch of lunar highland smooth plains between Simpelius N and Manzinus C craters. Vikram had a hard landing and the precise location of the spacecraft in the lunar highlands has yet to be determined. The scene above was captured from a Lunar Reconnaissance Orbiter Camera (LROC) Quickmap fly-around of the targeted landing site image width is about 150 kilometers across the center.
Credits: NASA/Goddard/Arizona State University

The lander, Vikram, was scheduled to touch down on Sept. 6 at 4:24 pm Eastern Daylight Time. This event was India's first attempt at a soft landing on the Moon. The site was located about 600 kilometers (370 miles) from the south pole in a relatively ancient terrain (70.8°S latitude, 23.5°E longitude). In order to visualize the site, take a quick fly-around. The Lunar Reconnaissance Orbiter (LRO) passed over the landing site on Sept. 17 and acquired a set of high resolution images of the area; so far the LROC team has not been able to locate or image the lander.  It was dusk when the landing area was imaged and thus large shadows covered much of the terrain; it is possible that the Vikram lander is hiding in a shadow. The lighting will be favorable when LRO passes over the site in October and once again attempts to locate and image the lander. 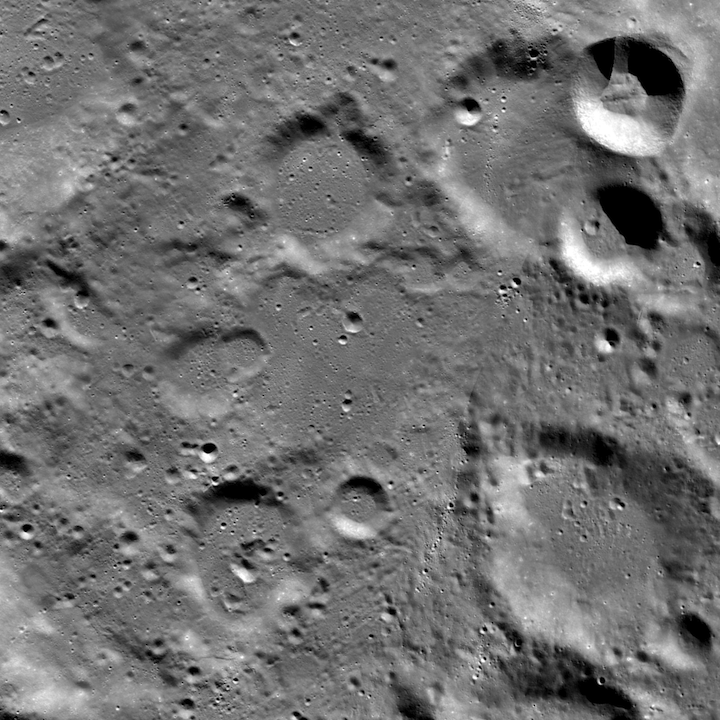