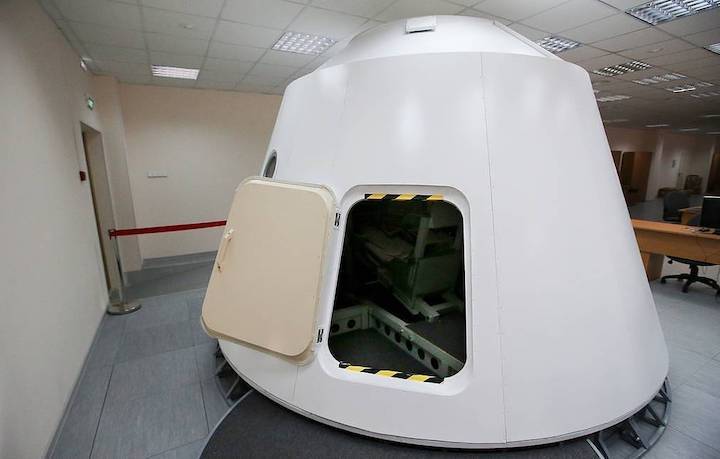 A model of the Orel (Federatsiya) spacecraft

The official said his company was designing a "robotic system that will be the first to test the Federatsiya spacecraft."

"If everything proceeds smoothly, it will be ready in 2022," Dudorov said, adding that the robot will perform the first and second test flights of the spacecraft.

Besides, the robotic system can be "transformed for planetary missions," including to the Moon and Mars.

The Federatsiya (Orel) spacecraft is being developed by the Energia Space Rocket Corporation. The spacecraft is designed to deliver humans and cargoes both into a near-Earth orbit and into deep space. The spacecraft will have a crew of up to 4 persons. It will be capable of operating in the mode of an autonomous flight for up to 30 days and for a term of a year as part of an orbital station.

The first uncrewed launch of Orel is scheduled for 2023, from the Vostochny space center in Russia’s Far East. No docking with the ISS is planned. During the second launch, due in 2024, the spacecraft will dock with the orbital outpost. Manned Orel missions are to begin in 2025.

Quelle: TASS
Raumfahrt - Robot to become test pilot of Russia’s next-generation manned spacecraft Besides, the robotic system can be "transformed for planetary missions," including to the Moon and Mars
« Zum vorherigen Eintrag Zum nächsten Eintrag »
1590 Views
Created with page4