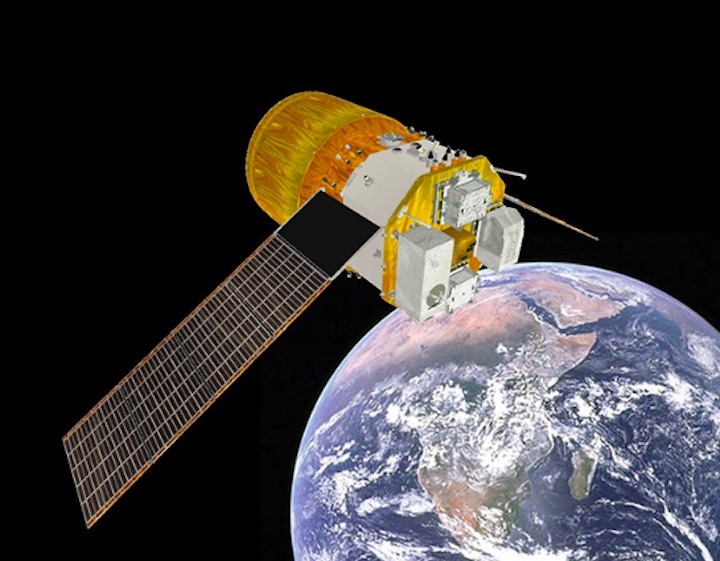 For the development, the science ministry will earmark about 10.8 billion yen ($102 million) in its budget request for fiscal 2020, sources said.

The new spacecraft is expected to have a larger transport capacity than the unmanned supply ship, H-II Transfer Vehicle (HTV), also called Kounotori (stork), which is currently transporting goods to the International Space Station (ISS).

JAXA is aiming to conduct the first flight of the new spacecraft in fiscal 2021.

In a new manned moon exploration project planned under the initiative of the United States, a space station will be constructed to be put in orbit around the moon.

From the station, astronauts will descend to the moon's surface and return to the station. The station is also expected to serve as a jumping-off point for a mission to Mars in the future.

NASA is aiming to start construction of the space station in 2022 and realize manned moon landings in 2024, at the earliest. If a manned lunar landing is achieved, it will be the first since the U.S. Apollo missions in the early 1970s.

The new spacecraft to be developed by JAXA, to be named the HTV-X, is based on the HTV. However, it will have greater electrical power than the HTV as its solar panels are larger. Its communication speed will also be faster.

The HTV-X will be able to transport about 5.8 tons of goods, 50 percent more than the HTV.

With the aging of the ISS, its operations in and after 2024 are unclear. Therefore, JAXA has examined the HTV-X’s transportation capabilities based on the assumption that it will also carry goods to a space station other than the ISS.

Japan has yet to officially announce that it will participate in the new manned moon exploration project. However, based on an assumption that it will join the project, JAXA will make it possible for the HTV-X to transport goods to the new space station to be constructed in orbit around the moon.

The current HTV will be decommissioned after the launch of its eighth and ninth generations. The eighth is already scheduled to be launched on Sept. 11. The HTV-X will replace the HTV from fiscal 2021.