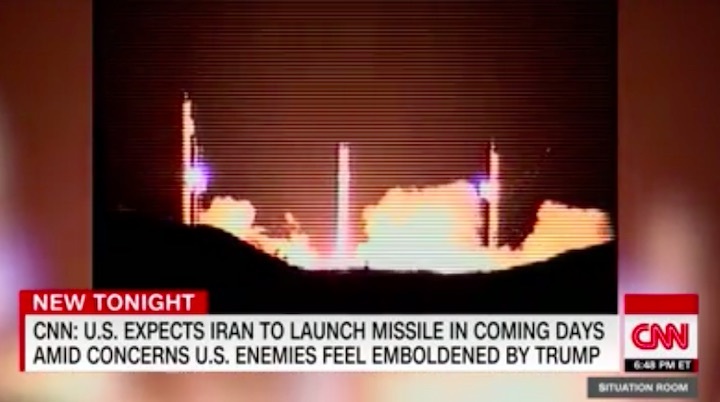 The US government is in possession of classified imagery that shows Iran is getting ready to launch a rocket as soon as next week that the Iranians claim will put a peaceful satellite into orbit, but that the US sees as furthering Tehran's missile development, multiple US officials tell CNN.

While Tehran claims the launch is for peaceful purposes, it's a program that utilizes the same technology that would be needed for an intercontinental ballistic missile -- the type that could someday strike the US.
Iranian missile launches are not barred under the 2015 nuclear deal that Tehran signed with the US, Russia, China, Germany, France, the United Kingdom and European Union. Iran is still largely, but not completely, adhering to the deal, which the US left in May 2018. 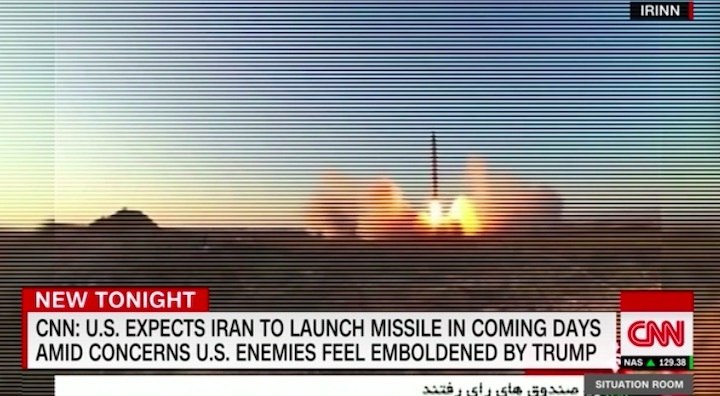 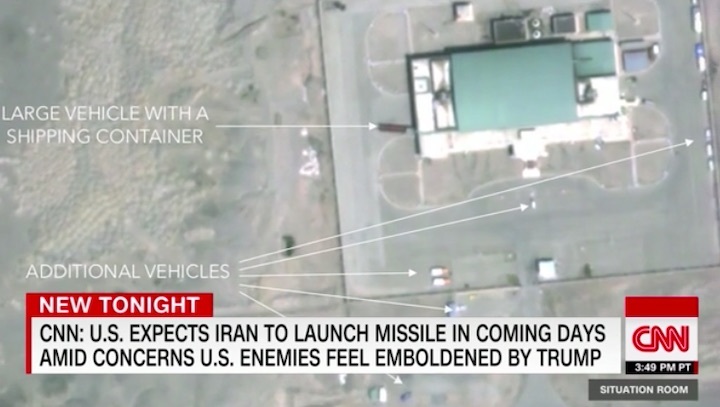 But a United Nations resolution passed when the parties forged the international deal calls upon Iran "not to undertake any activity related to ballistic missiles designed to be capable of delivering nuclear weapons, including launches using such ballistic missile technology." The Trump administration has been highly critical that the nuclear deal did not address Iran's missile program, citing it as a reason for leaving the deal.

Commercial images of the launch site provided to CNN by Planet Labs Inc. and the Middlebury Institute show increased activity around the area, including the presence of vehicles and shipping containers believed to be involved in the launch.
"It looks like they're getting ready for a launch," Dave Schmerler, a senior research associate at the Middlebury Institute's Center for Nonproliferation Studies, told CNN.
He said the presence of the large shipping containers indicates that "there's likely a rocket in the complex," saying that certain areas of the Spaceport complex tend to be void of activity unless a launch is forthcoming.
Schmerler told CNN that the rocket is likely not linked to Tehran's ballistic missile program, saying it was optimized for space launches and not for striking targets.
Nevertheless, several US defense and intelligence officials say Iran is improving the range and accuracy of all its missiles and that has sparked concern that US allies and American troops in the region could be targeted by Iranian missiles in the event of a conflict with Tehran.

"They're looking at these programs as not only a way to capture technologies, but they're also using them in a way that they can actually reinforce some of their different military aspects that they're dealing with," CNN military analyst retired Air Force Col. Cedric Leighton said.
"They're trying to actually say, no matter what obstacles you put in our way, you're going to come in and you might sanction us, but those sanctions are going to be absolutely worthless because we are going to try and try again to make our weapon systems at least a regional factor, if not a global factor," he added.
In recent months the US military has deployed additional missile defense capabilities to the Middle East, including Patriot missile systems, moves the US says is in response to an increased threat from Iran and its regions proxies.
Iran-backed Houthi rebels in Yemen have regularly fired missiles at targets in Saudi Arabia, missiles the US says have been clandestinely supplied by Iran's government.
Quelle: CNN
Raumfahrt - US officials expecting Iran to launch rocket in coming days
1517 Views
Created with page4