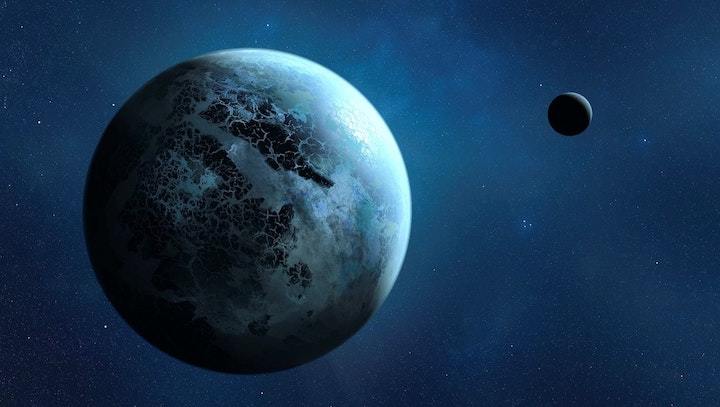 Astronomers looking for signs of extraterrestrial intelligence are ramping up a host of new methods far more sophisticated than simply turning radio telescopes to the stars in the hope of eavesdropping on an alien civilisation’s chatter.

Not that people involved in the search for extraterrestrial intelligence (SETI) have given up on that approach. A well-funded program called Breakthrough Listen is in the process of studying radio emissions from a million stars and 100 galaxies, looking for just such transmissions.

But astronomers are also rushing to find ever-better ways to study the thousands of exoplanets being turned up by sky searches, seeking not only to learn more about these planets’ geology, but also to find evidence that they may host life.

And while there might be a “giggle factor” in admitting to the desire to turn the same powerful tools to the search for ET, Adam Frank, an astrophysicist at the University of Rochester, New York, US, says it’s time to get over it.

Astrobiologists refer to signs of “smart life” as technosignatures. Stray electromagnetic communications might be the easiest to detect, but there are many others.

For example, says Thomas Beatty, an astronomer at the University of Arizona, Tempe, it’s possible to search for the lights of alien cities.

Earth-orbiting satellites have long been able to return images in which our own urban “night lights” dazzle with both their sheer beauty and the detail with which they trace the spread of civilisation across the globe.

Producing such images from interstellar distances, at which planets appear as nothing more than dots in even the largest of present and future telescopes, is currently beyond us. But artificial lighting is different from sunshine and other forms of natural light, because the technologies that produce it emit most of their illumination in a narrow range of frequencies.

That, Beatty says, make them easier to spot from a distance. For example, NASA’s proposed LUVOIR space telescope should find such lights easy to spot, if they exist, at least for planets circling nearby stars.

“It’s designed to detect subtle atmosphere signals from the day side of earthlike planets,” he says. “That means it is capable of detecting night-side city lights.”

But it may not be necessary to wait for LUVOIR’s launch, not scheduled until 2039. Earth-based telescopes already under construction should be up to the task, Beatty says. “We are very close to being able to do technosignatures from the ground.”

That said, there might be easier technosignatures to spot than urban lights.

When we look at the stars, they seem to shine bright and steady (other than twinkling effects created by the Earth’s atmosphere). But actually, says, Joseph Lazio, an astronomer at NASA’s Jet Propulsion Laboratory, Pasadena, California, that’s not the case.

On average, he says, at the nanosecond level (one billionth of a second), a star’s photons are few and far between. If you were to take a nanosecond-level exposure of the sky, it’s not likely you’d see much of anything other than darkness.

Humans, on the other hand, are perfectly capable of building lasers that emit intense pulses at the femtosecond level (one millionth of a nanosecond). We can also build narrow-band radar that emits signals unlike anything ever created by nature and are capable to being detectable at interstellar distances.

If we see something like that, he says, “it is a reasonable conclusion that technology is at work”.

David Kieda, an astrophysicist at the University of Utah, Salt Lake City, is already using this method to search for “optical flashes” that might be generated by distant civilisations.

His approach is to use data from gamma ray telescopes, which detect gamma rays by the brief flashes of visible light they create as they streak through the Earth’s atmosphere.

These flashes, he realised, can be distinguished from laser-like flashes from distant alien civilisations, due to the fact that gamma ray flashes originate in the Earth’s atmosphere, whereas alien laser-flashes would come from much farther away.

That would alter the way in which they are seen by multiple telescopes peering at them at the same time, with the gamma-ray flashes hitting each telescope from a slightly different angle, and extraterrestrial flashes coming in from too far way to show such an effect.

So far, he says, no such extraterrestrial flashes have been found, but to date, only a fraction of the available data has been examined.

But that’s just the beginning.

Svetlana Berdyugina of the Leibniz Institute for Solar Physics, Freiburg, Germany, says it may even be possible to spot artificial structures on exoplanets, so long as they are large enough.

Doing this, she says, would start by studying variations in the planet’s brightness, called its “light curve”, as it rotates first one side, then the other toward us.

From that, she says, it’s possible to map brightness variations on the planet’s surface – a technique that has long been used for asteroids and other solar system bodies.

These maps could reveal the locations of continents, oceans, and ice caps, but they might also show patterns that don’t appear to be natural, though to do that, the structures involved would have to be truly huge – far beyond the scope of anything humans have yet to build.

Astronomie - Looking for the lights of alien cities The search for ET is getting more sophisticated.
1438 Views
Created with page4