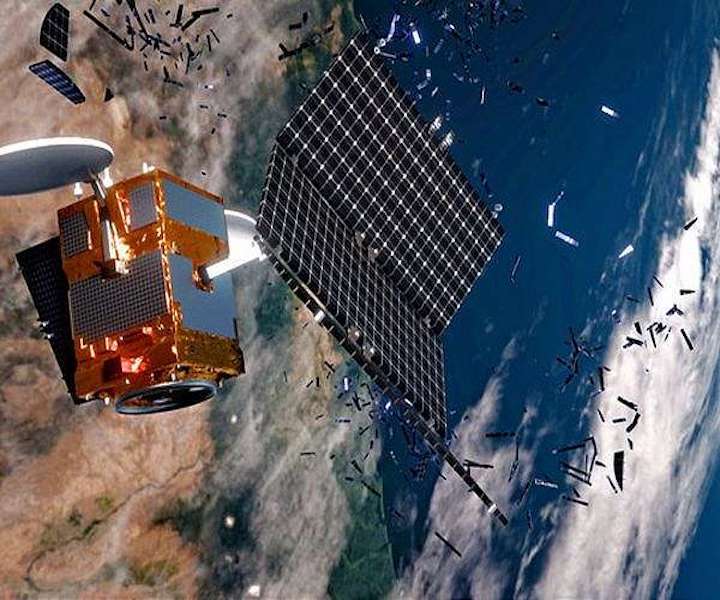 India's anti-satellite missile was a three-stage rocket, which successfully engaged an Indian orbiting target satellite on 27 March. The Indian defence ministry claims that the test was conducted to intercept the missile in a manner that minimised the threat of space debris.

Three months after India conducted an anti-satellite test in which it "shot down" a low-orbiting satellite, the 41 pieces of debris generated in the process remain in orbit. This accounts for about 50% of all fragments of debris that were created in the 'Mission Shakti' missile test, says Jonathan McDowell, an astronomer at the Harvard-Smithsonian Center for Astrophysics.

This is in complete contrast to the claim made by India's Defence Research and Development Organisation (DRDO) which said the test was planned in a manner to ensure that all debris would fully disintegrate within 45 days.

McDowell estimates that the debris will take "at least a year or so" to fully deteriorate. Another satellite tracker Marco Langbroek claimed that "many of these objects still on-orbit have apogees still well into the range of operational satellites, i.e. they remain a threat to other objects in space".

In his analysis published on 18 June, Langbroek warned that these remaining objects, "at least 5 objects will stay in orbit for at least a year to come, and the last one might not reenter until mid-2021".

Earlier in April, US space agency NASA called the destruction of Microsat-R satellite a "terrible, terrible thing" that poses a threat to astronauts aboard the International Space Station (ISS).

The Russian defence ministry raised similar concerns just after the test, and said that the over 100 fragments that were formed in the altitude range from 100 to 1,000 kilometres have been orbiting very close to the ISS, "which may create threats in the near future".

The US has criticised India over its anti-satellite missile test, calling it unacceptable and incompatible with the future of human space flight.

On 27 March, Indian Prime Minister Narendra Modi announced New Delhi had successfully tested its first anti-satellite missile by hitting a defunct Indian satellite at an altitude of 300 km. Modi added that India had become the fourth country in the world to possess such a weapon after China, Russia, and the United States.