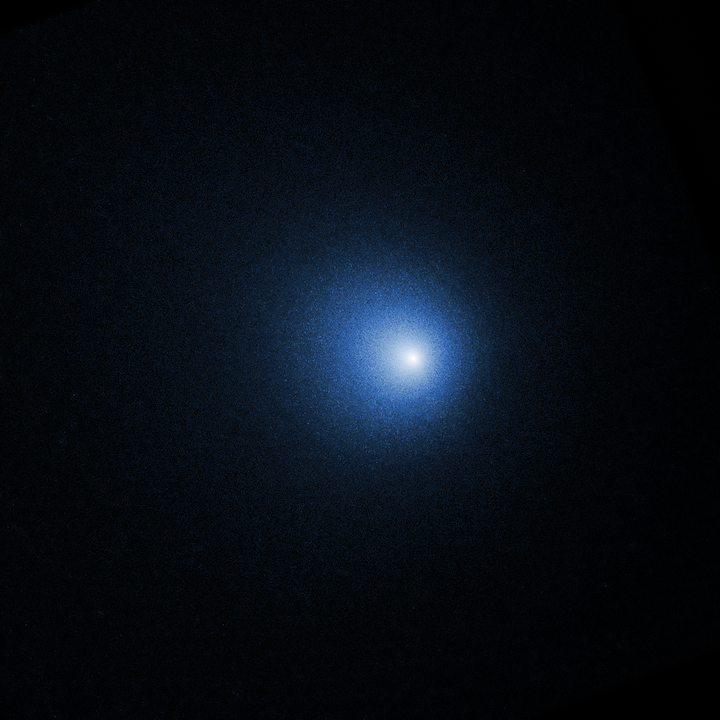 46P/Wirtanen Puts on a Holiday Show

On December 13th, NASA’s Hubble Space Telescope photographed comet 46P/Wirtanen, a periodic comet that orbits the Sun once every 5.4 years. These observations were taken days before the comet’s closest approach to Earth on December 16th, when it passed just over 7 million miles from our planet. Astronomers took advantage of this unusually close approach to study the comet’s inner cloud of gas and dust, or coma, in detail. Their goal was to study how gases are released from ices in the nucleus, what the comet’s ices are composed of, and how gas in the coma is chemically altered by sunlight and solar radiation. In this image, the comet’s nucleus is hidden in the center of a fuzzy glow from the comet’s coma. 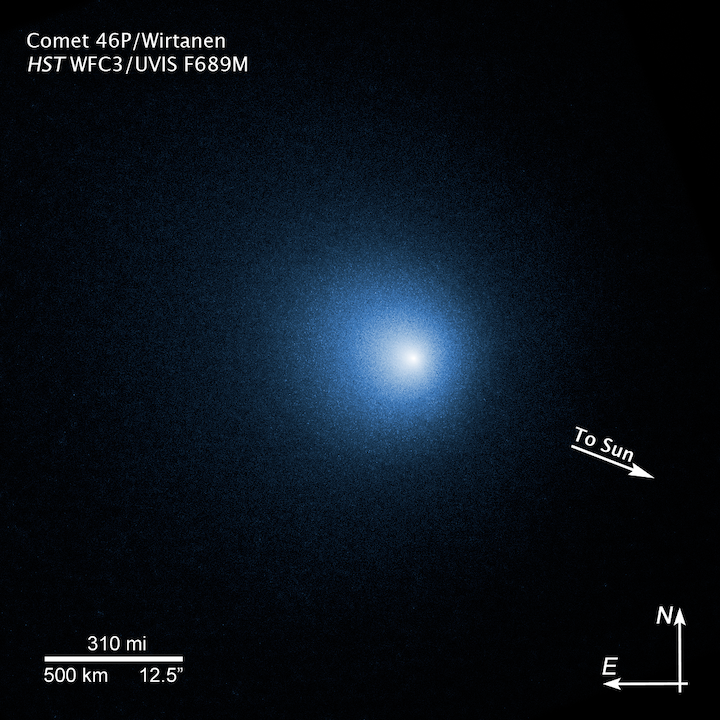