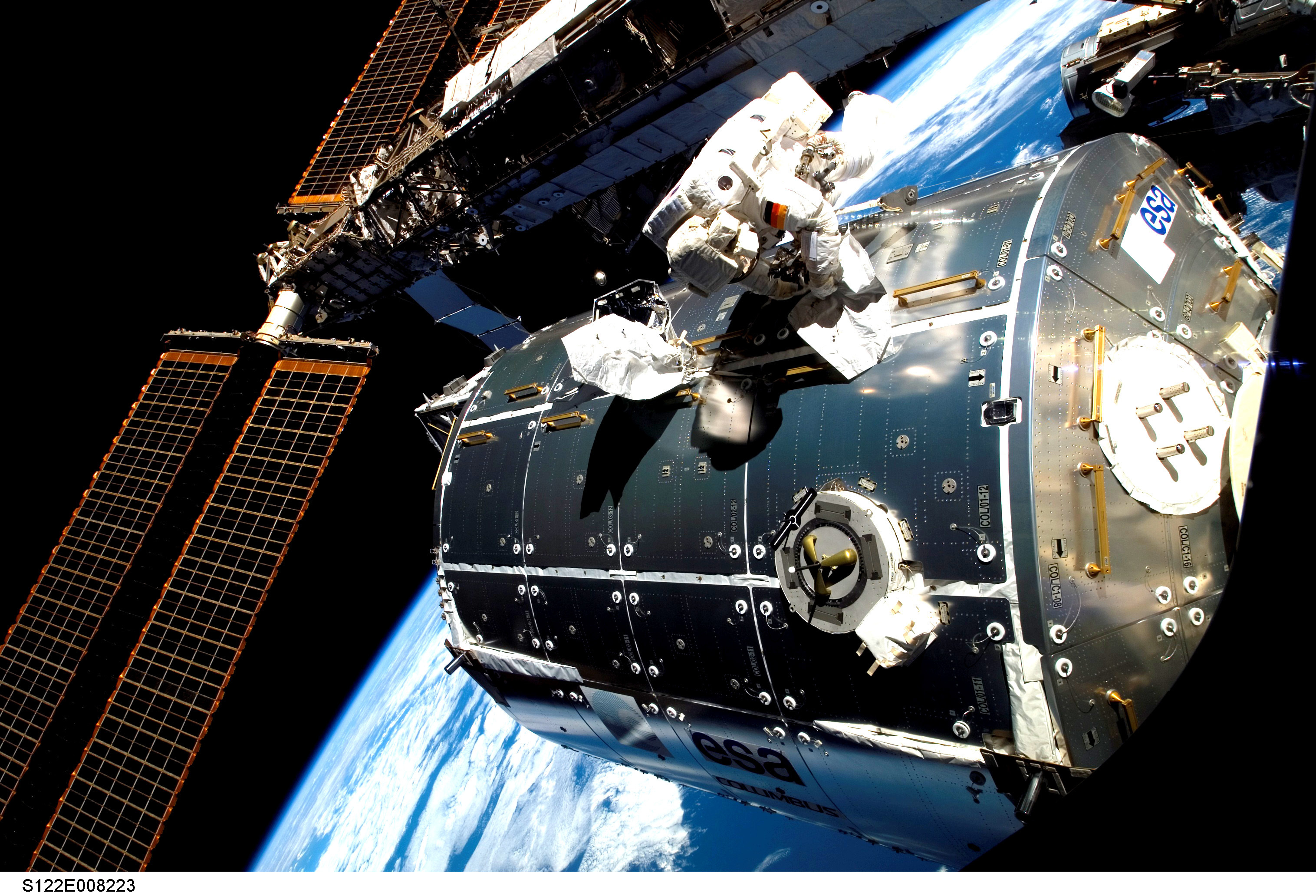 Strains of the bacterium Enterobacter, similar to newly found opportunistic infectious organisms seen in a few hospital settings, have been identified on the International Space Station (ISS). The strains found in space were not pathogenic to humans, but researchers believe they should be studied for potential health implications for future missions, according to a study published in the open access journal BMC Microbiology.

Researchers at the Jet Propulsion Laboratory, California Institute of Technology, USA investigated five strains of Enterobacter that were isolated from the space toilet and the exercise platform on the ISS in March 2015 as part of a wider effort to characterize the bacterial communities that live on surfaces inside the space station. To identify the species of Enterobacter collected on the ISS and to show in detail the genetic make-up of the individual strains, the researchers compared the ISS strains to all publicly available genomes of 1,291 Enterobacter strains collected on Earth.

Dr Kasthuri Venkateswaran, Senior Research Scientist at the Jet Propulsion Laboratory Biotechnology and Planetary Protection Group and the corresponding author of the study said: "To show which species of the bacteria were present on the ISS, we used various methods to characterize their genomes in detail. We revealed that genomes of the five ISS Enterobacter strains were genetically most similar to three strains newly found on Earth. These three strains belonged to one species of the bacteria, called Enterobacter bugandensis, which had been found to cause disease in neonates and a compromised patient, who were admitted to three different hospitals (in east Africa, Washington state and Colorado)."

Comparing the genomes of the five ISS strains to the three clinical Earth strains allowed the authors to get a better understanding of whether the ISS strains showed characteristics of antimicrobial resistance, if they had gene profiles similar to those found in known multi-drug resistant bacteria, and to identify genes related to their ability to cause disease (pathogenic potential).

Dr. Nitin Singh, first author of the publication said: "Given the multi-drug resistance results for these ISS E. bugandensis genomes and the increased chance of pathogenicity we have identified, these species potentially pose important health considerations for future missions. However, it is important to understand that the strains found on the ISS were not virulent, which means they are not an active threat to human health, but something to be monitored."

The authors found that the ISS isolates had similar antimicrobial resistance patterns to the three clinical strains found on Earth and that they included 112 genes involved in virulence, disease and defense. While the ISS E. bugandensis strains were not pathogenic to humans, the authors predicted via computer analyses, a 79% probability that they may potentially cause disease. However, analyses in living organisms should be carried out to confirm this.

Dr Venkateswaran said: "Whether or not an opportunistic pathogen like E. bugandensis causes disease and how much of a threat it is, depends on a variety of factors, including environmental ones. Further in vivo studies are needed to discern the impact that conditions on the ISS, such as microgravity, other space, and spacecraft-related factors, may have on pathogenicity and virulence."