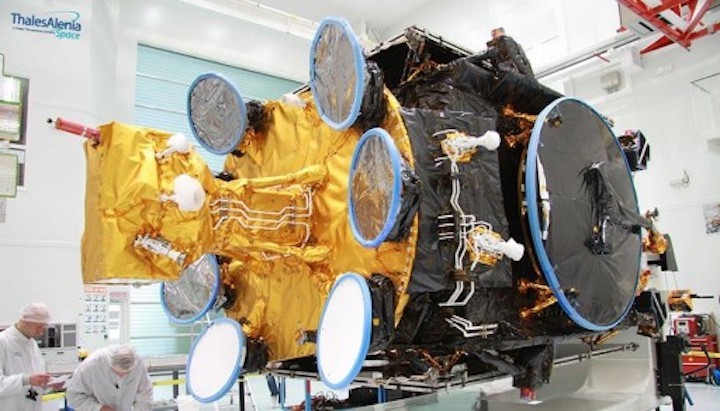 A Russian satellite "with big ears" cozied up to a French one last year in an apparent effort to eavesdrop on secure military communications, France's defense minister alleged Friday.

In what she said amounted to a "Star Wars" above the Earth, Florence Parly named the Russian satellite as Louch-Olymp. She said it approached the Athena-Fidus, a French-Italian satellite launched in 2014 and used for secure military communications and the planning of operations.

"Trying to listen to one's neighbor is not only unfriendly. It's called an act of espionage," Parly said in a speech in the southern city of Toulouse.

"It got close. A bit too close. So close that one really could believe that it was trying to capture our communications."

She added that "this little Stars Wars didn't happen a long time ago in a galaxy far away. It happened a year ago, 36,000 kilometers above our heads."

She said the Russian satellite has "big ears" and is "well-known but a bit indiscreet."

Without giving details, she said France had taken "the necessary measures" and is still watching the satellite attentively.

Parly was speaking at the Toulouse-based France space agency that developed the Athena-Fidus satellite jointly with the Italian space agency ASI.

She said France must be able to counter new space threats, including spying and potential "hostile attitudes" from other world powers. She will present France's new space defense strategy by the end of the year but insisted that the country will continue to coordinate with European allies.

"France is and will be a space power", she said.

Earlier this year, U.S. President Donald Trump laid out his ambition to create a new military service he says is needed to ensure American dominance in space.