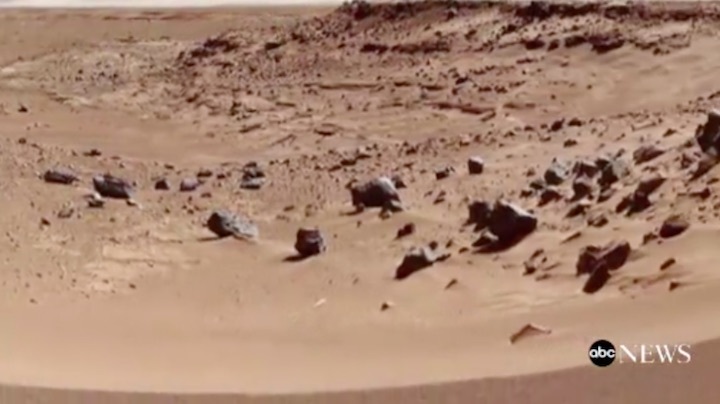 Even rocket scientists can use a little help sometimes.

NASA is asking the public to figure out a way to turn carbon dioxide into glucose. The catch is, it needs to happen on Mars.

If the job sounds daunting, it is. But anyone who does it could take home part of a $1 million prize pot from NASA.

"Enabling sustained human life on another planet will require a great deal of resources and we cannot possibly bring everything we will need. We have to get creative," Monsi Roman, program manager of NASA’s Centennial Challenges program, said in a statement announcing the challenge last week. "If we can transform an existing and plentiful resource like carbon dioxide into a variety of useful products, the space –- and terrestrial -- applications are endless."

The competition comes from several goals the space agency has for both Mars and Earth.

"We're asking the public to help us convert carbon dioxide into sugar and the end game is gluclose," Roman told ABC News. "That conversion happens naturally in photosynthesis on Earth all the time. It’s an issue on Mars. There’s a lot of carbon dioxide, if we have hydrogen, we can basically make 'designer farms.'"

The end product could be used as food to help produce other products.

"The plan is to feed the 'food' to bioreactors, or vessels that contain microorganisms, that will be tailored to produce many different things," Roman said. "[They] can make medicine, food, bio plastics, a wide array of things, depending on what the microorganisms inside these vessels are designed to do."

It's something NASA hasn't been able to figure on its own, hence the challenge.

"It's one of the wonderful and interesting things about public competitions," said Angela Herblet, one of the NASA challenge leads. "You put it out there, it’s always amazing. Sometimes these problems can be solved by people we didn’t know existed."

The total pot is $1 million, which will be distributed among winning teams in two phases. The first phase requires contestants to submit ideas. Government experts and NASA personnel will evaluate how feasible the designs are, according to David Hogan, another challenge lead. The top five finishers in this round, who meet the specific requirements, will be announced in April 2019 and each will receive $50,000.

The second phase, which is expected to begin next June, requires demonstration. The contestants have to build a system on the ground to feed carbon dioxide and hydrogen and then actually produce the materials -- on earth. The remaining $750,000 will be divided among the top three teams with some money likely available for a bonus, NASA officials said.

Microbes, or microorganisms, use these kinds of compounds for food, said John Hogan, an environmental scientist at NASA’s Ames Research Center in Moffett Field, California. For example, baker's yeast feeds on sugar to stay alive.

"We have means for this process in space, but we need food to actually make a product," he said. "These microorganisms are in stasis, or asleep, for long periods of time until we need them and bring them back to life."

Re-awakening the food is done by freeze drying, air drying or adding different kinds of protectant, said Hogan. He compared it to sourdough starter, which requires regular feeding.

"All of these processes need food," Hogan said. "If you have to have bring that up [to Mars] with you, it's cost-prohibitive. We want to use resources on Mars to make the food for the organisms."

Since water has been found on the soil in Mars, Hogan said they can split the water to take the oxygen and use the hydrogen to create carbohydrates, fats and proteins. "The idea is to make a really easy sugar."