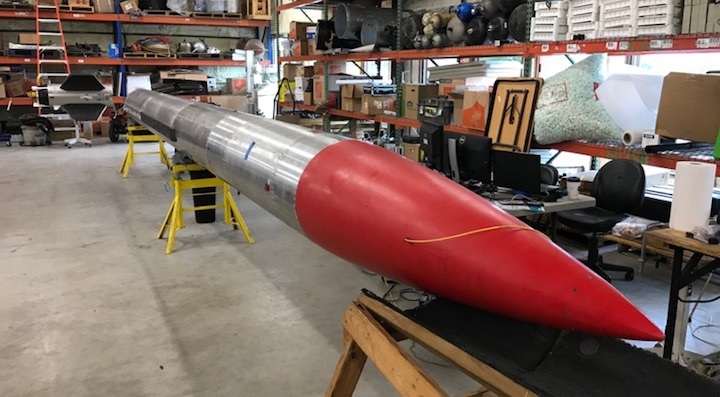 GENOA, Nev. — Exos Aerospace, a Texas company developing a reusable suborbital rocket, now plans to carry out a first flight of its vehicle in late August as it sets its sights on a follow-on orbital vehicle.

In a statement, the company said it’s planning a launch of its Suborbital Autonomous Rocket with GuidancE, or SARGE, rocket Aug. 25 from Spaceport America in New Mexico. The vehicle is a reusable sounding rocket capable of carrying up to 50 kilograms to the edge of space and back, although the company didn’t disclose the payload for this initial “pathfinder” mission.

“We are excited to enter into the testing phase of our SARGE platform at Spaceport America,” John Quinn, chief operating officer of Exos Aerospace, said in a statement. “We look forward to enabling space research, manufacturing, and educational opportunity for the world by providing frequent flights that provide fast and affordable access to space.”

The company, which received a commercial launch license from the Federal Aviation Administration’s Office of Commercial Space Transportation in February, originally planned to carry out the first SARGE launch in early April. However, problems with the internal measurement units (IMUs) in the rocket postponed the launch several times.

In an Aug. 11 email, Quinn said that the company believes it’s resolved the problems with its IMUs after repairing several of the devices. “I find it ironic that one of the most expensive and hardened pieces we purchase is largely the hindrance to our progress,” he said.

Exos has pitched SARGE as an economical suborbital vehicle capable of a large number of reflights. Quinn has said in the past that the company saw significant demand for suborbital research and education flights, and hoped a successful SARGE test flight can make the company eligible for NASA’s Flight Opportunities program for launching suborbital payloads.

Exos, though, also has plans for an orbital vehicle. In the statement, the company said it is working on the design of a small orbital launch vehicle called Jaguar. The vehicle would be capable of placing 100 to 200 kilograms into low Earth orbit. The vehicle’s first stage is intended to be reusable.

Jaguar will build on the technology developed for SARGE, and will also make use of flight code developed by NASA for its Morpheus lander technology demonstration program, which it says it obtained through a Space Act Agreement. Exos is working with several other companies, including Intuitive Machines, C-Squared Systems, Helios and XISP, Inc. to modify the Morpheus code to work on its vehicles.

“Since our SARGE rocket is designed for reusability, it is proving to be an excellent risk mitigation platform for our orbital technology development program and helping to drive space access costs down,” Quinn said in the statement. 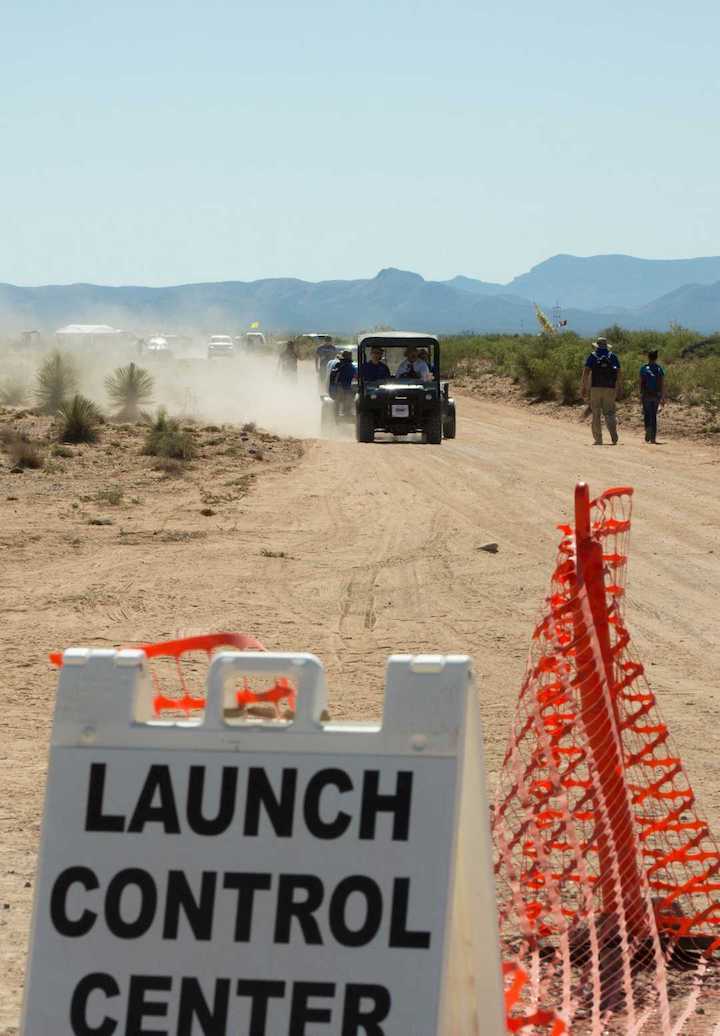 Recovery teams drive back and forth from launch pads collecting rockets and parts of damaged rockets during the Spaceport America Cup, Friday June 22, 2018.
Josh Bachman/Sun-News

EXOS has completed the design, test and build; has received its FAA launch license and completed the final integration and test hovering for the rocket. A successful test flight is needed to solidify the company’s plans to use the technology as the basis for a planned reusable Orbital class vehicle, the company said in a pres release issued Tuesday.

“We are excited to enter into the testing phase of our SARGE platform at Spaceport America, and even more excited to reveal our plans for our Jaguar Reusable (first stage) LEO launcher,” EXOS COO John Quinn said in a prepared statement. “We look forward to enabling space research, manufacturing and educational opportunity for the world by providing frequent suborbital flights that provide fast and affordable access to space.”

Spaceport American CEO Dan Hicks said a successful test flight could lead to further testing and development at the spaceport.

“We appreciate that EXOS selected Spaceport America to host their SARGE launches,” Hicks said. “Their success in attracting private funding shows the value of their out-of-the-box thinking and we expect this pathfinder flight to lead to regular commercial launches, facilitating development of an orbit-capable vehicle. Spaceport America hopes to host testing of the orbital vehicle components and eventually to hosting launch it to orbit.”