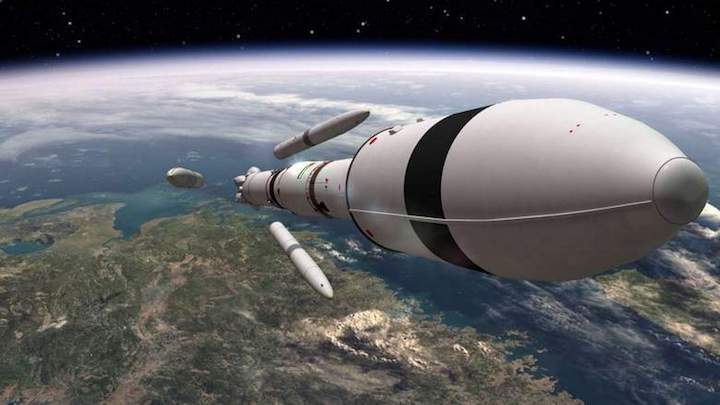 The UAE's Hope spacecraft could have helped enhance Nasa's knowledge on Mars' current and extreme dust storms if it was already orbiting the Red Planet, as the giant dusters have put the Mars-based Opportunity Rover "in danger", a senior Nasa expert, who has been working on moon and Mars missions for the past 30 years, has said.

Dr Jim Rice, Nasa geology team leader and co-investigator on the Nasa Mars Exploration Rover Project Science Team, is scheduled to visit Dubai this month as a guest lecturer to the UAE's first Nasa-curriculum space camp that is being organised by Compass International, in collaboration with the UAE Space Agency.

Massive dust storms have spread all over the Red Planet in the past month, swallowing up Nasa's Opportunity rover. The US space agency had not heard back from the rover since June and the motor vehicle is currently in low-power mode.

"I'm looking forward to your nation's 2020 Mars Hope mission. It is unfortunate that the Hope mission is not at Mars right now because it would greatly enhance our knowledge of the massive dust storm that has enveloped the planet for the past month and put the Opportunity Rover, which I work on, in danger," Dr Rice told Khaleej Times in an exclusive interview.

Dr Rice also touched on the UAE's other space missions, which he said are moving rapidly and will help the space industry in various ways. Rice is also keen on exploring opportunities on how he can participate in some of the UAE's space projects. He said the UAE's mission to build an entire city on Mars by 2117 is an "interesting and ambitious long-term project" that should yield useful information about how to explore and live on Mars in the future.

"This project can be a very important stepping stone in humanity's quest to move mankind off this planet and on to Mars, thereby making us a multi-planet species. I personally hope to learn more about this effort first-hand while I am in your nation and possibly discuss any future participation in this project," Rice said. His career spans 30 years working on Nasa Moon and Mars missions, as well as conducting field geology investigations around the world in numerous Moon and Mars analog sites.

"I am impressed with the UAE's commitment and its plans for space exploration in both the manned and unmanned sectors. For a space agency that was formed just in 2014, things are moving very rapidly. I have read that the UAE astronaut selection programme started last year with the goal of sending four Emiratis into space within the next three years."

Dr Rice will be holding an educational discussion with students at the Space and Rocketry Academy Camp, which is being held from July 15 to August to 23 at the Lapita Hotel in Dubai Parks and Resorts.

"I am going to be discussing a wide range of space exploration topics with the students while I am in Dubai. These topics will range from the early history of the Space Age (1950s and 1960s) to the major discoveries of current ongoing Mars missions, as well as talking about future Mars missions being planned around the world including the UAE's 2020 Hope Mission to Mars. I will also be discussing some basic orbital mechanics addressing the timing of when and how missions can be launched to Mars, the selection process for Mars landing sites, the effects of space travel on the human body and why space exploration is important for our future," he said. 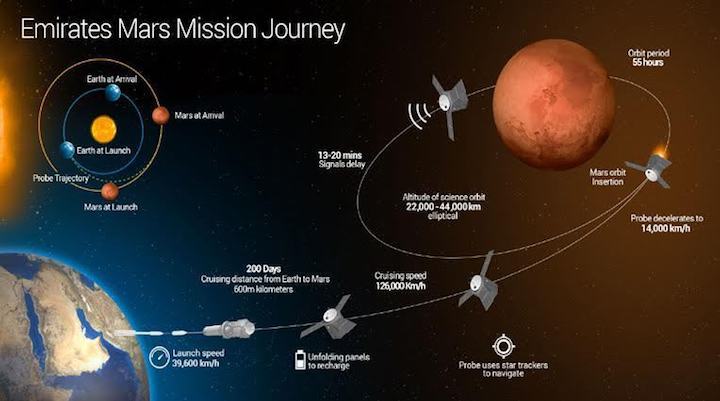 The First UAE Mission to Mars

The journey of the first UAE Mission to Mars began in 2014 with the first signing of an agreement between the UAE Space Agency and the Mohammed bin Rashid Space Centre. Hope was chosen as the mission’s name in order to send a message of optimism to millions of young Arabs. The Hope Mission team is working towards landing a probe on Mars in 2021 to coincide with the 50th anniversary of the founding of the UAE.

While the UAE could have easily bought technology and expertise from any of the more established space programmes, agencies or companies, it was decided that a team composed only of Emiratis would plan and carry out the entire mission. Because of this, the knowledge and skills learned during the entire process will pave the way for a new generation of Arab engineers and scientists.

The Hope Mission team is building a probe that will conduct the first ever holistic study of the Martian climate. Data on the different components of the Martian climate such as the interrelation between atmospheric layers, temperature, wind speed, dust and clouds will be collected and sent back to Earth where it will be collated, analyzed and shared freely with more than 200 universities and research institutes around the world. This is the UAE’s contribution to the international science community and to human knowledge.

The information can be used in many important studies, such as predicting the evolution of Earth’s atmosphere over millions of years and determining whether life might possibly exist on other planets. It might finally answer the burning question: Can humans live on Mars?

The Hope Mission is the beginning of a legacy not just for the country but for the entire region. While this first UAE Mission to Mars will involve an unmanned probe, UAE’s plans to send a manned mission to Mars within the next 100 years have inspired other Gulf states to enter the space race as well.

The timing of the launch is crucial as the orbits of the Earth and Mars only align at their closest point once every two years. This means that the Hope Mission team has a very narrow window of opportunity in July 2020 to launch the rocket bearing the probe. Once launched, it will take the probe seven months to travel through space to Mars.

The spacecraft cannot be controlled in real time from Earth so the team of more than 100 Emirati engineers will have to design a spacecraft that will be able to navigate its way to Mars using star trackers and boosters.

It is a delicate and complex operation so the designers must make sure everything is just right. The smallest miscalculation and the spacecraft may miss Mars and the mission will fail. In the months and years leading up the launch, the Hope Mission team continues to work together diligently, knowing what this mission can contribute to the UAE and the world. Meanwhile, Emiratis can look to the skies and be filled with hope.