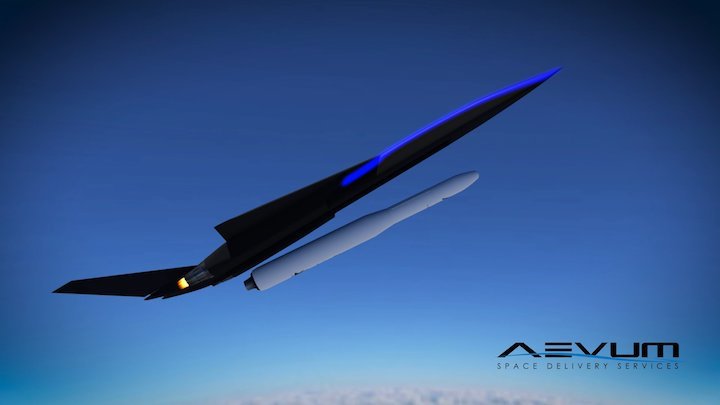 A space launch every 3 hours may soon be possible using rockets carried on a fully autonomous unmanned airplane, a new startup company suggests.

"Ravn is designed to launch every 180 minutes," Jay Skylus, Aevum's CEO and chief launch architect, told Space.com. "Other launch vehicles fly only a handful of times a year with an average of 18 months of lead time." 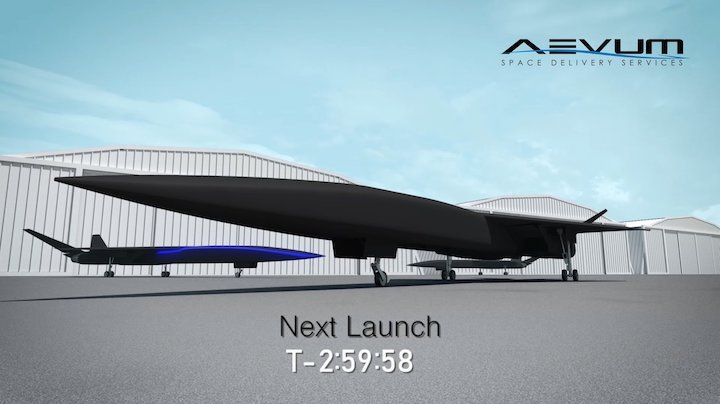 Aevum is focused on launching multitudes of tiny satellites into space. Such constellations of satellites could enable advances such as "wireless internet everywhere," Skylus said.

The key to Ravn's planned launch rate is its unmanned nature, which "simplif[ies] ground operations considerably," Skylus said. "Ravn takes off and lands horizontally on any standard runway. Ravn is engineered to be autonomous from the moment it leaves the hangar from taxi, takeoff, launch, landing and taxi return to the hangar."

As such, Ravn may need a ground crew of as few as six people, Skylus said. "Compared to the ground- crew needs of other launch systems, Ravn requires at least an order of magnitude less ground-crew personnel," he said.

Aevum isn't the first company to develop an air-launch system. Northrop Grumman's Pegasus rocket has lofted dozens of satellites, and Stratolaunch Systems and Virgin Orbit are both working on rocket-carrier plane duos of their own. But these other systems all employ piloted aircraft.

The first stage of Ravn consists of a reusable, fully autonomous unmanned aircraft system designed for atmospheric flight. "The overall aerodynamic design of the vehicle has been optimized for the rocket separation," Skylus said. "The maximum speed of the Ravn first stage is Mach 2.85 [2,186 mph, or 3,519 km/h]."

This aircraft carries an expendable two-stage rocket engineered for spaceflight. The first stage of this rocket uses a proprietary fuel approved by the U.S. Department of Transportation, while the second stage relies on liquid oxygen. "The rocket engines have already been hot-fire demonstrated," Skylus said.

Skylus was inspired to ramp up the rate of satellite launches when he came across a story of U.S. soldiers killed in action in Afghanistan in 2005.

"With my own brother serving in the U.S. Army and away from home during that time, the news felt personal to me," Skylus said. "Upon research, I gained insight that communication failure was partly responsible for the losses we suffered in Afghanistan. I recall being furious that, while I could instant-message readily, people who were fighting to protect our country struggled with communication challenges."

"Determined to figure out exactly why, I dug into communication technologies and found out that, in locations where geography is the limiting factor, the communication technologies were not necessarily faulty. We just needed better satellite-revisit times and positioning — more satellites," Skylus said. "However, the cost of deploying those satellite assets was stifling progress."

Aevum's customers can use the company's web app or call or email to deliver their cargo. In this sense, Aevum wants to be "the UPS or FedEx of space," Skylus said. "We take care of all the logistics and offer mission design at no cost to you, and you can book launches and track your satellite through our app."

Aevum is working toward beginning flight testing in 2019. If the entire flight test campaign goes according to plan, Aevum has three launches planned for the fourth quarter of 2019, Skylus said. "We're always seeking to connect with more customers — there's still some capacity on these three launches," he said.

"Ravn is unlike any other launch system known today," Skylus said. "Aevum's focused on providing a delivery service that will directly enable the solutions that address global challenges that cause pain every day, which include communication and connectivity."