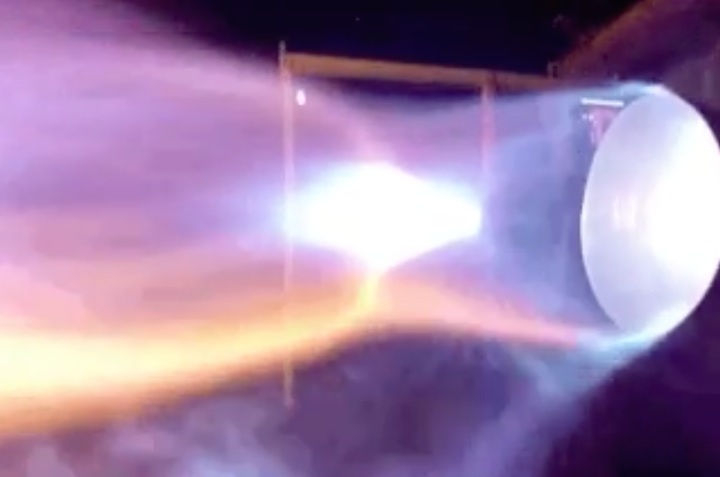 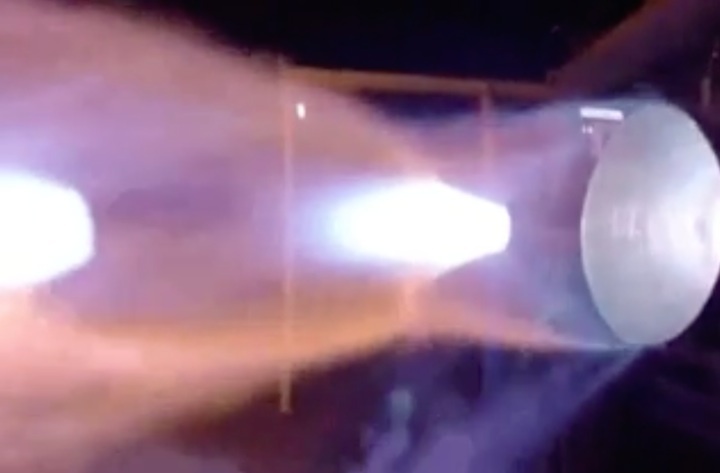 Private spaceflight company Blue Origin showed off shiny, new footage today of its next-generation rocket engine igniting during a recent test — and the video is the perfect way to pump yourself up on this Monday morning. In the video, the engine releases a large plume of blue-and-yellow flames that morph shapes throughout the firing.

The engine being tested is the BE-4, which Blue Origin has been developing for the last seven years. The company plans to use the engine to power its future orbital rocket, the New Glenn, as well as another rocket being built by the United Launch Alliance, called the Vulcan. For years, the BE-4’s development has been something of a mystery, since Blue Origin gave few updates on the engine’s progress.

Then, in October, the company fired up a full-scale BE-4 engine for the first time on a test stand, showing its full power. Blue Origin will continue testing the BE-4 throughout the year in order to get it flight ready. ULA hopes to fly the BE-4 on its Vulcan as early as 2019, while Blue Origin plans to fly a BE-4-powered New Glenn before the end of the decade. It’s too soon to know which will happen first.

Today’s video shows a test of the engine’s ability to throttle — a way to control how much an engine thrusts at a given time. Engine throttling helps to manage the acceleration of a rocket, similar to how a driver can control the acceleration of a car by gently tapping on the gas pedal or by slamming it down. Throttling is no easy feat, though, which is why most rockets go “full throttle,” or burn all their propellant at a constant rate.

However, throttling is a crucial tool needed for reusing a rocket, as it helps a rocket lower itself down slowly using its own engines; this is known as a powered landing. The Merlin engines on SpaceX’s Falcon 9 rocket have throttling capabilities, and since Blue Origin’s rockets are meant to land in a similar style, the BE-4 engines need to throttle as well. In the video, you can get a glimpse of the technique in action, as the plume of flames changes shape as the engine changes thrust.

Hopefully Blue Origin will continue to release videos of its BE-4 tests throughout the year, but for now let the engine’s combustion propel you into the week ahead.