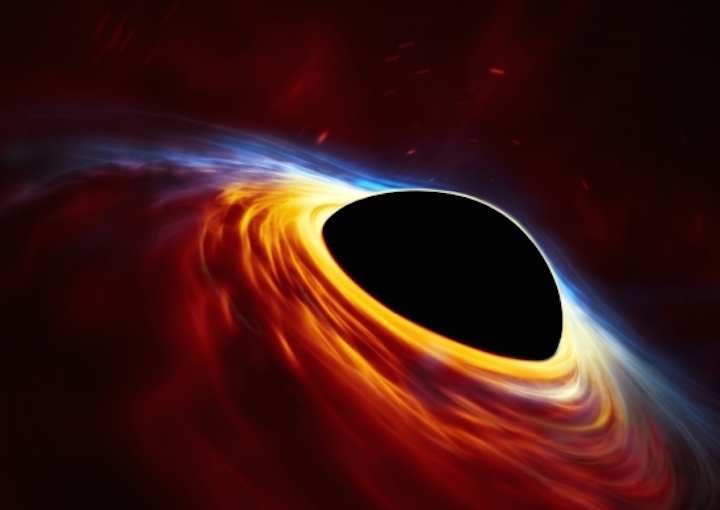 Back in 2015 when astronomers discovered an intense flare in a distant galaxy, they considered it the brightest supernova ever observed.

The new information indicates that the event, called ASASSN-15lh, is actually a tidal disruption event (TDE) — the destruction of a star by a supermassive black hole. The findings appear in the inaugural issue of the journal Nature Astronomy.

“Years ago we just wouldn’t have been able to follow an event like this,” said co-author Andy Howell, leader of the supernova group at the Goleta, California-based LCO and an adjunct professor in UCSB’s Department of Physics. “This study shows that large-area surveys, a global robotic telescope network and a NASA satellite can come together to reveal dramatic new discoveries that wouldn’t be possible without each piece of that puzzle.”

Using images from the Hubble Space Telescope that were not available when ASASSN-15lh was discovered, the scientists found that the event occurred at the center of the galaxy where the supermassive black hole resides. The black hole inferred to lie in this galaxy is more than 100 million times the mass of the sun.

For a star to be tidally disrupted by such a massive black hole — rather than swallowed whole — the black hole must be spinning very rapidly. This discovery marks the first time that a TDE has been used to probe the spin of a black hole, a property that is very difficult to measure and is used to infer the existence of so-called Kerr black holes.

ASASSN-15lh occurred when the star strayed too close to the supermassive black hole and was torn apart by the tides generated by the extreme gravity. The stellar material orbited around the black hole, collided with itself at high velocity and started falling into the black hole. This released copious amounts of energy and generated the bright flare astronomers observed as ASASSN-15lh.

“We’ve only been studying the optical flares of tidal disruptions for the last few years,” said co-author Iair Arcavi, principal investigator of the LCO program that’s used to observe ASASSN-15lh and an Einstein postdoctoral fellow at UCSB. “ASASSN-15lh is similar in some ways to the other events we’ve been seeing but is different in ways we didn’t expect. It turns out that these events — and the black holes that make them — are more diverse than we had previously imagined.”

“This is like discovering a new kind of dinosaur,” Howell said. “Now that we have the right tools and know what to look for, we’re going to find more and get a better sense of the population. It’s exciting to have new ways of learning about black holes and stellar death.”