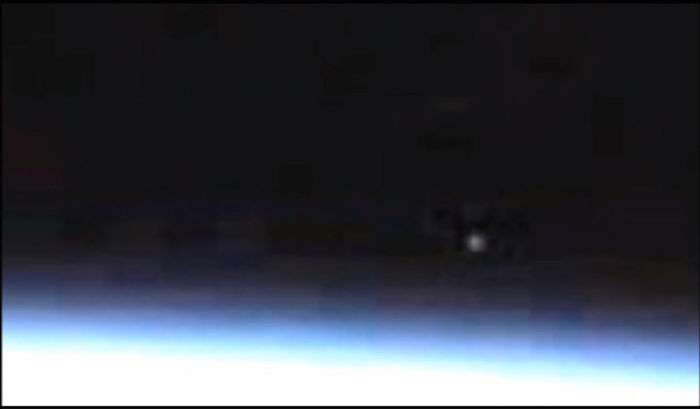 A bright spot appears in a video from the live camera on the International Space Station.
Credit: NASA
There's a rumor swirling around the internet that NASA intentionally turned off a live camera on the International Space Station (ISS) after the feed showed a small object just above Earth. The suggestion (or outright accusation, by some) is that NASA is trying to cover something up — that the bright light was an alien UFO or a large piece of space debris that the agency doesn't want people to know about.
Is there any truth to the rumors? Here's what we know: A bright object was visible in the video feed coming from the live camera on the ISS, and the camera cut out shortly after the object appeared (the camera came back on shortly after, and is now running as usual).
But those events won't surprise anyone with a little bit of knowledge about the station cameras, because both things occur commonly. And NASA representatives have now stated very directly that the agency did not turn off the camera intentionally.
It's not rare for the space station camera feeds to cut out for various reasons, including the fact that the station orbits the Earth about 16 times per day, and frequently slips out of direct contact with NASA.
"The International Space Station regularly passes out of range of the Tracking and Data Relay Satellites (TDRS) used to send and receive video, voice and telemetry from the station," representatives from NASA's Human Exploration and Operations Mission Directorate said in a statement published by the Huffington Post.
"For video, whenever we lose signal (video comes down on our higher bandwidth, called KU), the cameras will show a blue screen (indicating no signal) or a preset video slate, depending on where you are watching the feed," the statement said.
Secondly, bright objects hurtle toward Earth all the time. There are space rocks burning up in the atmosphere (meteors, also known as shooting stars). Human-made space debris can also burn up while falling through the atmosphere (space agencies monitor the larger chunks). And then there's the possibility that the bright spot as an artifact — nothing more than a reflection.
"Reflections from station windows, the spacecraft structure itself or lights from Earth commonly appear as artifacts in photos and videos from the orbiting laboratory, just as reflections often appear in pictures taken on Earth," the statement said.
Adding some finality to the speculation, the representatives added, "No unidentifiable objects have been seen from the ISS."
While that explanation may not satisfy some people, one thing to keep in mind when considering alleged NASA conspiracies is that "NASA" refers to a very large collection of people. Dozens of individuals monitor the activities on the space station constantly (although, as mentioned above, the station drops out of direct contact with the agency on a regular basis). This brings to mind the saying, "three people can keep a secret if two of them are dead," meaning, simply, that the more people who are in on a secret, the less likely it is to stay a secret.
What's more, most of those people are scientists and engineers, professionals who dedicate their lives to the pursuit of truth. It's important to keep that information in mind when weighing the likelihood of conspiracy theories.
Quelle: SC
-

Did NASA deliberately cut a live feed of a UFO?

Is NASA trying to cover up a UFO sighting?
Space conspiracy theorists are accusing NASA of cutting a live stream from the International Space Station just as an unidentified object comes into view.
Theories began swirling on YouTube earlier this week after YouTube user Streepcap1 posted a video of the stream on July 9.
In the clip, a bright object is seen slowly falling into view, before the screen flashes that the there are technical problems with the feed. While Streepcap1 notes that the object may not be alien life, the user points out that the feed stopping is strange.
“This could well be a meteor or the like,” Streetcap1 says in the caption. “What made it interesting was the camera cut off when the UFO seemed to stop.”
So, just what is NASA hiding? NASA spokesman Daniel Huot told CNET, that the live feed was not deliberately cut. Huot said cameras mounted on the International Space Station are controlled automatically.
"The station regularly passes out of range of the Tracking and Data Relay Satellites used to send and receive video, voice and telemetry from the station," Huot told CNET. "For video, whenever we lose signal the cameras will show a blue screen or a preset video slate."
But people on social media aren't buying NASA's insistence that the feed wasn't deliberately cut.  On Twitter, some noted that cutting the live stream was very "suspicious," while others just want to see the aliens NASA may or may not know about.
. 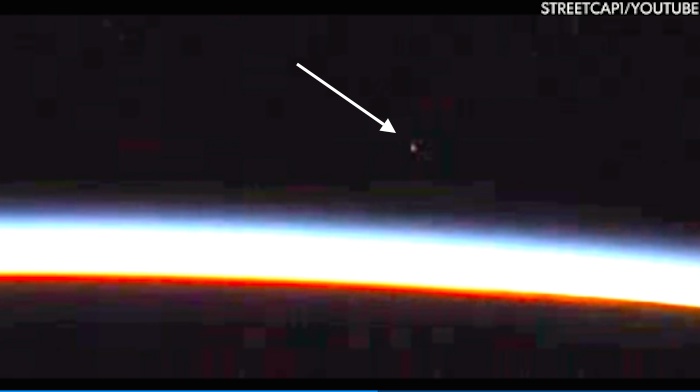 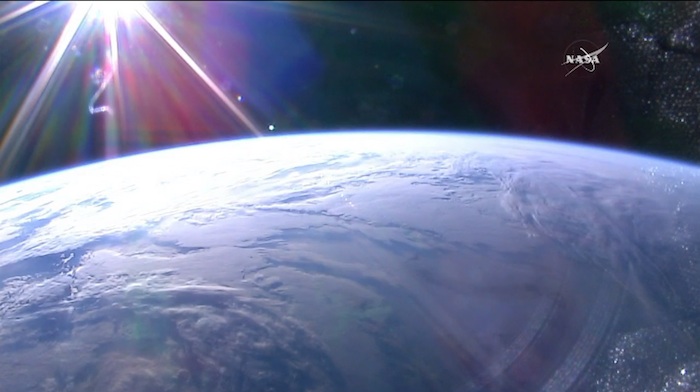