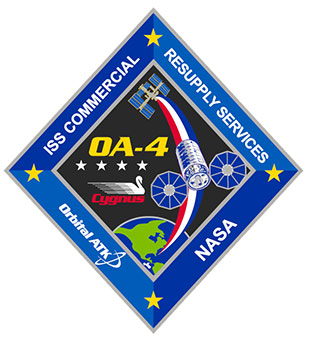 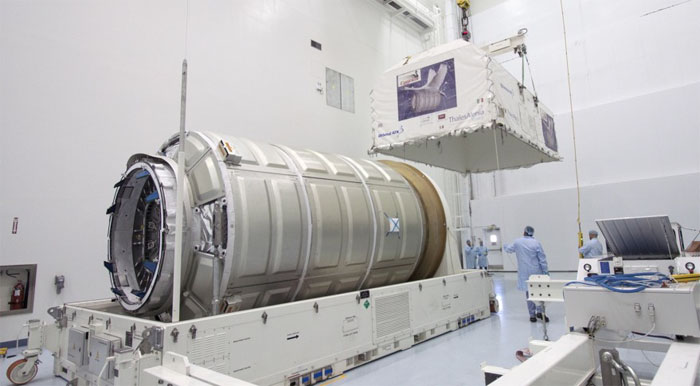 The Cygnus service module will be mated to the cargo module (above), which arrived at the Kennedy Space Center in Florida in August for a planned December launch on an Atlas 5 rocket. Credit: NASA/KSC
-
WASHINGTON — Orbital ATK shipped the service module for a Cygnus cargo capsule to NASA’s Kennedy Space Center in Florida, marking the start of final assembly on the first such vehicle bound for the International Space Station since the last one was destroyed in a launch failure nearly one year ago, the company announced Oct. 12.
The Orbital ATK-made service module now will be mated with its pressurized cargo vessel, manufactured by Europe’s Thales Alenia Space, in preparation for a scheduled Dec. 3 launch aboard a United Launch Alliance Atlas 5 rocket, Orbital ATK said in a press release. The service module provides propulsion, electrical power, avionics and communications for the cargo carrier.
This upgraded Cygnus will be the largest ever launched, carrying about 3.5 metric tons of cargo to ISS — nearly a ton more than the ill-fated Cygnus that was destroyed shortly after liftoff from Virginia last October. The latest Cygnus will also be the first to use Orbital ATK’s in-house Ultraflex solar arrays; the craft previously used arrays provided by Airbus Defence and Space Netherlands.
Orbital ATK plans to launch at least two Cygnus capsules aboard Atlas 5 rockets, in December and March, as it recovers from the Oct. 29, 2014, failure of its own Antares rocket, which exploded moments after liftoff from the Mid Atlantic Regional Spaceport on Wallops Island, Virginia. The mission was supposed to be the company’s third paid cargo run to ISS for NASA.
The next Orbital ATK cargo launch from Wallops is slated for “the first half of the year,” the company said, aboard an a new Antares variant featuring the Russian-made RD-181 main-stage engine. Previous versions of Antares used the Russian-built, U.S.-refurbished AJ-26, which has been blamed for the October failure.
Orbital ATK’s indefinite quantity, indefinite delivery Commercial Resupply Services contract with NASA is good through 2018 and has a maximum value of $3.1 billion, meaning NASA may order as many flights under the contract as $3.1 billion will buy.
NASA ordered the equivalent of eight flights from Orbital ATK in 2008, worth $1.9 billion at the time. Earlier this year, the agency ordered two more Orbital ATK deliveries but declined to disclose their value.
Quelle: SN
-
Update: 15.10.2015
. 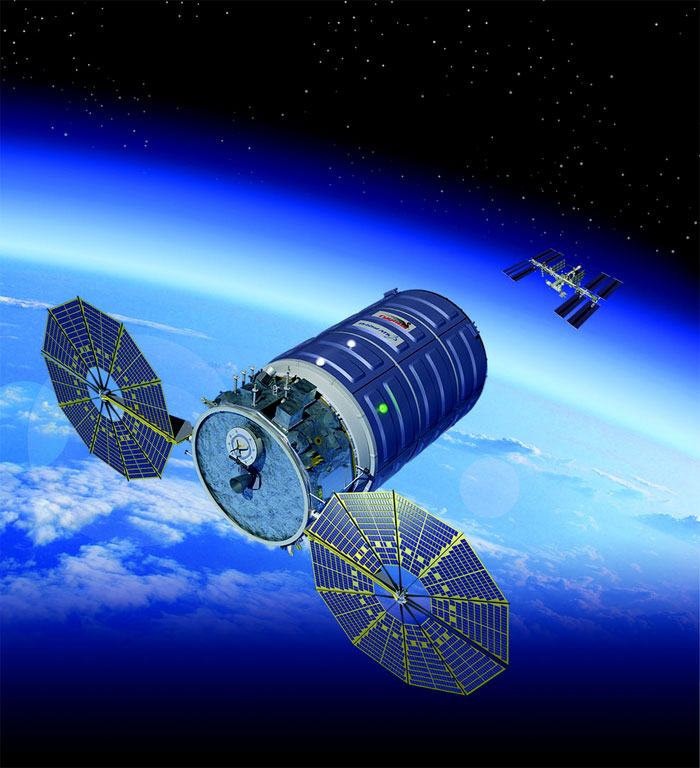 Artist's concept of Orbital ATK's Cygnus spacecraft in orbit.
Credits: Orbital ATK
-
NASA has opened media accreditation for the fourth commercial resupply services launch of an Orbital ATK Cygnus spacecraft filled with cargo for the International Space Station. The launch is currently targeted for Thursday, Dec. 3 during a 30-minute window that opens at approximately 6 p.m. EST.
The Cygnus will lift off aboard a United Launch Alliance Atlas V rocket from Space Launch Complex 41 at Cape Canaveral Air Force Station (CCAFS), Florida. The mission will be the first flight of the enhanced variant of Orbital ATK’s Cygnus advanced maneuvering spacecraft, capable of delivering more than 7,700 pounds of essential crew supplies, equipment and scientific experiments to the station.
Science payloads include a new life science facility that will support studies on cell cultures, bacteria, and other micro-organisms; a microsatellite deployer and the first microsatellite to be deployed from the space station; experiments that will study the behavior of gases and liquids and clarify the thermo-physical properties of molten steel; and evaluations of flame-resistant textiles.
Media prelaunch and launch activities will take place at CCAFS and NASA’s Kennedy Space Center in Florida. International media without U.S. citizenship must apply for accreditation by Nov. 2 for access to both Kennedy and CCAFS or by Nov. 11 for access only at Kennedy. The deadline for U.S. media to apply for credentials to both Kennedy and CCAFS is Nov. 16, and Nov. 23 for access only to Kennedy.
Quelle: NASA
Raumfahrt
« Zum vorherigen Eintrag Zum nächsten Eintrag »
2493 Views
Created with page4