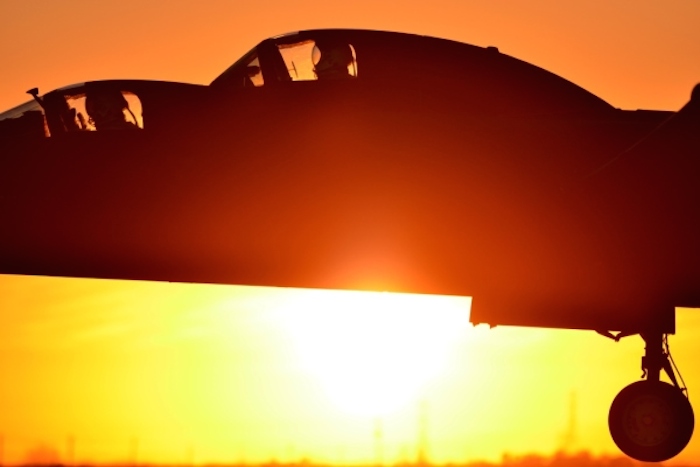 The U-2 reconnaissance plane is a high-flying bird, one that inspires awe among the people lucky enough to work on it.
“Seeing that aircraft break ground at full power and climb out at 45 degrees up in the sky is real cool,” said Ed Moore, a Raytheon airborne contractor field service lead at Beale Air Force Base in California. “It is the premier high-altitude aircraft for collecting intelligence. It surpasses all others, and that’s why it’s still being maintained.”
Care and feeding of the U-2 – perhaps the ultimate intelligence, surveillance and reconnaissance platform -- requires a specialized group of 500 men and women known as contractor field service representatives, or CFSRs. They handle a wide range of responsibilities from mechanical and electrical to software and sensor maintenance.
At Beale, these technicians work side-by-side with uniformed service members from landing until the next launch, installing and removing the sensors that make the U-2 see.
“A lot of what we install structurally becomes part of the U-2, like the actual nose of the plane,” Moore said.
Thanks to technical upgrades over the years, today’s U-2 is larger and more powerful than ever before. A bigger engine, all-new sensors and redesigned wiring help this old bird do some new tricks.
Flown by a single pilot at altitudes as high as 70,000 feet – twice the cruising altitude of most airliners – the U-2 is packed with sensors that include radar and extremely-high-resolution cameras. It derives tremendous lift from wings so long that the U.S. Air Force uses speedy sports cars to ”chase” a U-2 as it lands and feed information about ground clearance to the pilot.
. 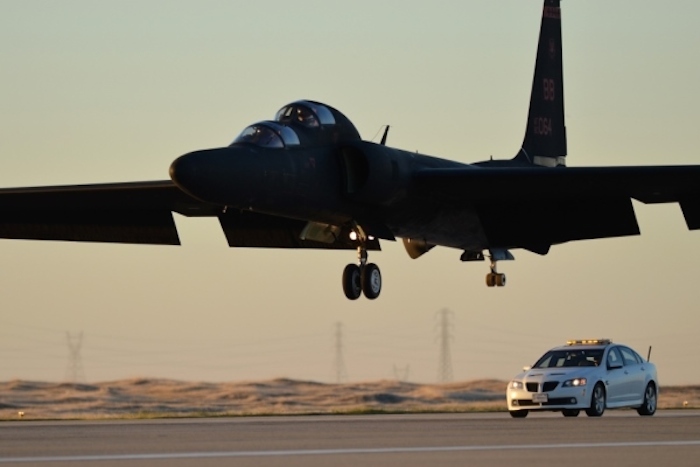 A mobile chase car pursues a TU-2S at Beale Air Force Base, Calif. Mobile chase cars accelerate to speeds of more than 100 mph to guide the aircraft during takeoffs and landings. (U.S. Air Force photo by Airman 1st Class Bobby Cummings)
-
Most U-2s carry the Raytheon Remote Airborne Sensor, or RAS-1R, a radio frequency signals intelligence sensor.
Raytheon is a world leader in sensor and communications technologies, from the high-flying Global Hawk unmanned aircraft to the P-8 maritime patrol plane. Raytheon also builds multispectral targeting system turrets for helicopters, mapping radars and even the VIIRS satellite-based weather sensors.
The Raytheon employees do a final check during preflight to ensure all the sensors are talking to each other and data is being transferred to a ground station or satellite – and all the electronic equipment, cables and connectors are working.
“Imagine being responsible for the safety of another person’s life,” said Lou Gonzalez, airborne integrated project team lead at Warner Robins Air Force Base in Georgia, home for the CFS program’s management. “For the CFSRs who work here, it’s just another day at work as they repair and maintain the sensors on the U-2, to ensure the pilots can safely complete their reconnaissance and surveillance missions.”
During the Mission
The U-2 flies at the edge of space, its sensors capturing images at extremely high resolution.
“Even from miles up, its sensors can detect small disturbances in the dirt, providing a new way to find makeshift mines. It can do things that nothing else can do,” Gonzalez said.
The pilot also has a communications and data system that allows for real-time streaming of images and information to commanders on the ground.
Back on the ground, hundreds of analysts interpret the vast amounts of information beamed back from the U-2 to supercomputers collectively called the Distributed Common Ground System (DCGS.) Raytheon has supported both the U2 and DCGS since 1999, and the company’s recent win of the DCGS Mission Support and Maintenance Personnel (DMSMP) contract will continue that tradition.
“The job is rarely routine,” said Charles E.  Wells, senior program manager for the CFS program at Warner Robins.  “Despite your best daily planning, anomalies come up.  Knowing that there are Americans in danger and we have the opportunity to save lives is a powerful motivator.”
Time also plays a critical role in both the airborne and ground maintenance. Being able to isolate and repair problems as they happen can mean the difference between the success or failure of military combat operations.
“We’ve successfully managed the Air Force’s U-2 and DCGS mission for the past 15 years,” said Wells. “It's an honor to be a part of this weapon system’s great history and its future."
. 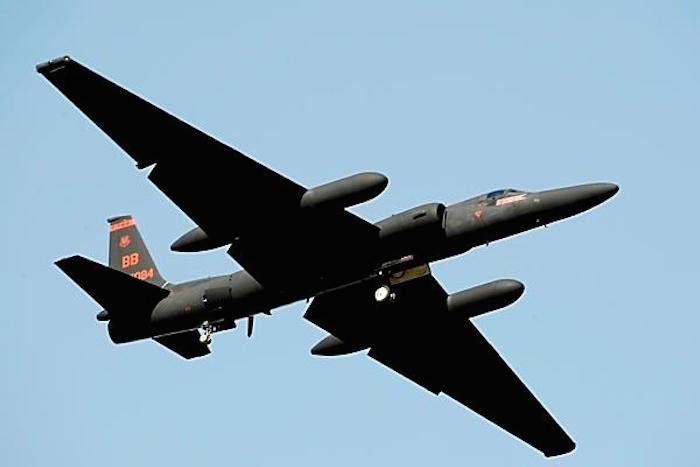