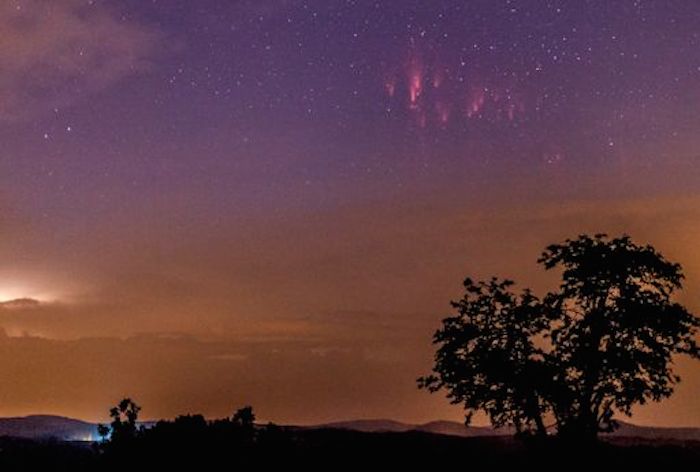 "There has been some very intense lightning activity over central Europe," says Ronge.
Sprites are an exotic form of lightning that shoot up from thunderclouds, not down as ordinary lightning does. The tendrils of red sprites, and their cousins the elves, reach all the way up to the edge of space alongside meteors and noctilucent clouds. They are a true space weather phenomenon.
Indeed, they may be triggered by something from space: cosmic rays. Some researchers think that charged particles from deep space striking the top of Earth's atmosphere produce secondary electrons that, in turn, could provide the spark that triggers sprites.
Although sprites have been seen for at least a century, most scientists did not believe they existed until after 1989 when sprites were photographed by cameras onboard the space shuttle. Now "sprite chasers" regularly photograph the upward bolts from their own homes. Give it a try!
Quelle: Spaceweather
Astronomie
« Zum vorherigen Eintrag Zum nächsten Eintrag »
2654 Views
Created with page4