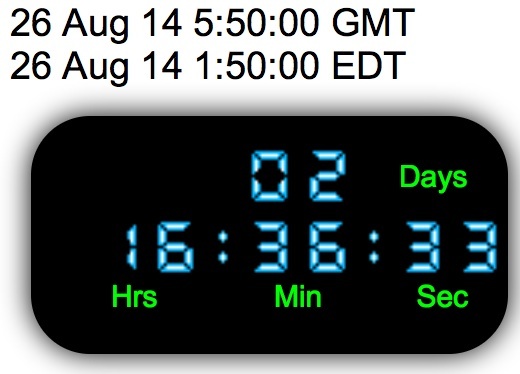 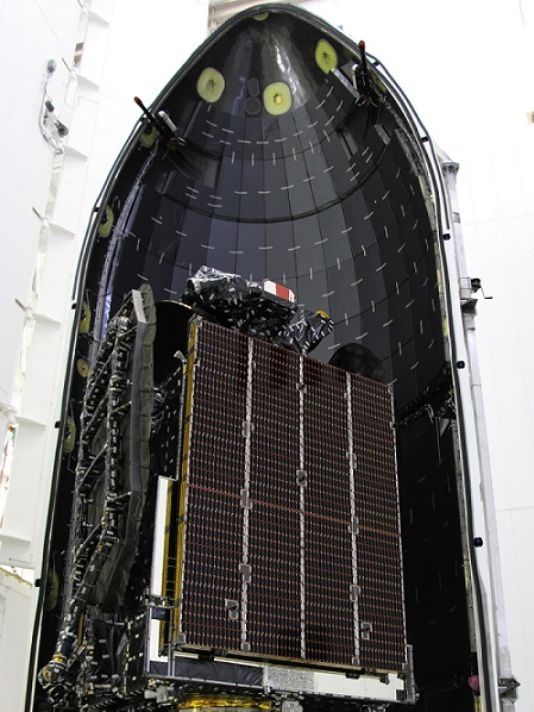 SpaceX has confirmed it is now targeting early Wednesday for launch of the AsiaSat 6 commercial communications satellite from Cape Canaveral Air Force Station, a day later than previously planned.
The launch is set for 12:50 a.m. Wednesday from Launch Complex 40, at the opening of a window to 4:05 a.m.
The weather outlook is uncertain given the potential development of a tropical storm that could influence local conditions. An early forecast predicts a 60 percent chance of favorable conditions.
"The weather at launch time will likely be dependent on the exact track, intensity, size and speed of this system," said the report released Saturday by the Air Force's 45th Weather Squadron.
The launch had been planned early Tuesday.
SpaceX said the mission was pushed back a day after Friday's failed flight of a test rocket in Texas.
Company spokesman John Taylor said that while the three-engine, single-stage "F9R" development vehicle and its McGregor, Texas, launch site are very different from the Falcon 9 being readied for launch from Cape Canaveral, "we are taking some additional time to review the circumstances that caused the test vehicle to auto terminate to confirm that there is not a risk to orbital flight."
"SpaceX prizes mission assurance above all," he said in a statement. "This action is consistent with that philosophy."
Pending the Air Force's approval of the dates, SpaceX and Asiasat would have Thursday as a backup date if the mission did not launch on its first attempt Wednesday.
Quelle: Florida Today
.
Update: 26.08.2014
-

.
Update: 27.08.2014
.
Mission Live Updates
26Aug2014 22:00:27 EDT
OFFICIAL SCRUB STATEMENT FROM SPACEX
SpaceX has decided to postpone tomorrow's flight of AsiaSat 6. We are not aware of any issue with Falcon 9, nor the interfaces with the Spacecraft, but have decided to review all potential failure modes and contingencies again. We expect to complete this process in one to two weeks.
The natural question is whether this is related to the test vehicle malfunction at our development facility in Texas last week. After a thorough review, we are confident that there is no direct link. Had the same blocked sensor port problem occurred with an operational Falcon 9, it would have been outvoted by several other sensors. That voting system was not present on the test vehicle.
What we do want to triple-check is whether even highly improbable corner case scenarios have the optimal fault detection and recovery logic. This has already been reviewed by SpaceX and multiple outside agencies, so the most likely outcome is no change. If any changes are made, we will provide as much detail as is allowed under U.S. law.�
26Aug2014 16:56:20 EDT
SpaceX launch scrubbed for tonight
There will not be a launch of the SpaceX Falcon 9 rocket tonight. After rolling out to the launch pad and being erected to the vertical launch position a scrub was called.
There has been no official reason for the halt in proceedings, nor has a new launch date been published yet.
. 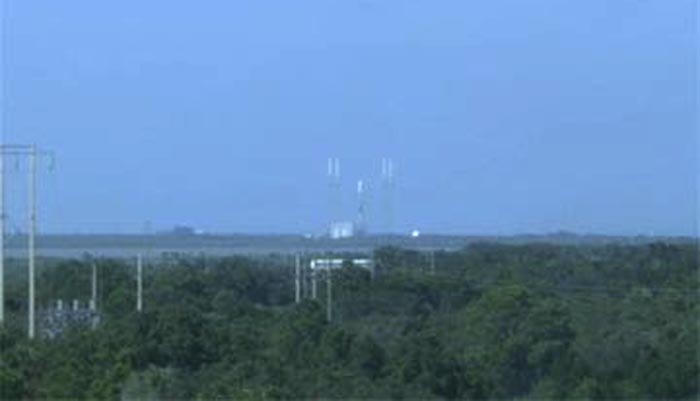 SpaceX is targeting a 12:50 a.m. Saturday launch from Cape Canaveral of the AsiaSat 6 commercial communications satellite.
There's a 60 percent chance of favorable weather during a window extending to 4:04 a.m., according to an Air Force forecast.
The launch had been planned early last week, but was postponed following the Aug. 22 explosion of one of the company's development rockets during a test flight in Texas.
SpaceX took time to "triple check" the test failure to be sure that a similar problem would not pose a risk to the 224-foot Falcon 9 set to launch the satellite for Hong Kong-based AsiaSat.
That review apparently now is complete.
SpaceX did not say if it made any adjustments to the Falcon 9 carrying the satellite.
CEO Elon Musk attributed the failure of the three-engine, single-stage test rocket to a blocked sensor that resulted in computers automatically blowing up the rocket.
Musk said the Falcon 9 is equipped with backup sensors that would have overcome a faulty one, but the development vehicle had no backups.
The vehicle was testing systems aimed at making Falcon 9 boosters reusable, enabling them to land vertically on legs.
Quelle: Florida Today
.
Update: 5.09.2014
.

SpaceX's upcoming launch of a commercial communications satellite from Cape Canaveral has moved back at least one day, to early Sunday, according to the Air Force's latest weather forecast.
The launch is now targeted for 12:50 a.m. Sunday, according to today's forecast from the 45th Weather Squadron, which shows a 60 percent chance of favorable conditions during the window to 4:04 a.m.
The odds improve to 70 percent "go" on Monday.
SpaceX and AsiaSat have not confirmed a launch time for the AsiaSat 6 satellite.
The launch was postponed from last week after a SpaceX development rocket failed during a test flight in Texas.
SpaceX said the test failure likely was not a concern for its Falcon 9 rocket, but the company took time to "triple-check" its systems.
The Eastern Range is open for about another 10 days before United Launch Alliance's planned Sept. 16 launch of an Atlas V rocket.
Quelle: Florida Today
.
Update: 7.09.2014
-
LIFTOFF von FALCON 9 nit ASIASAT 6 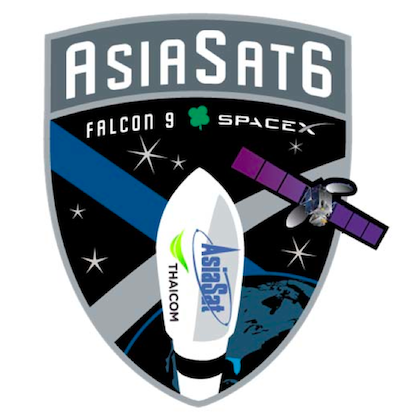 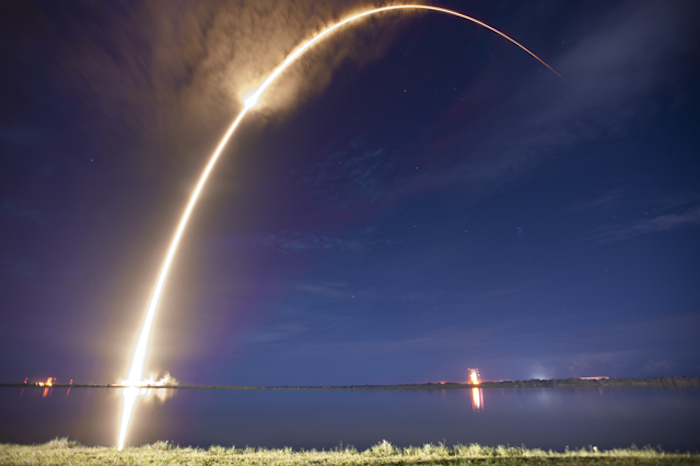 Falcon 9 lifts off from LC-40 at Cape Canaveral.
. 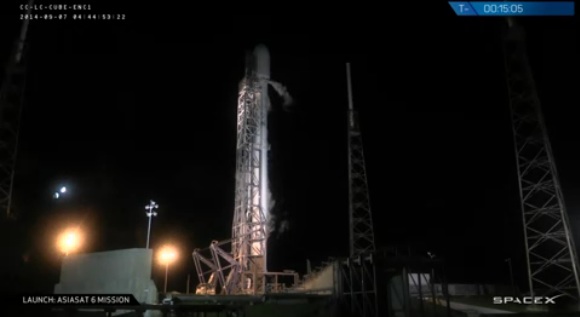 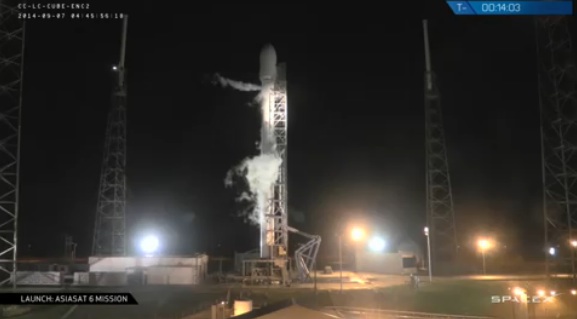 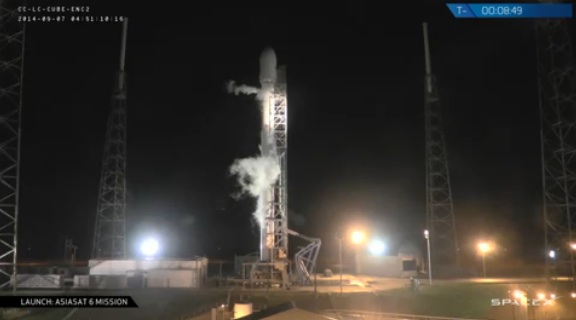 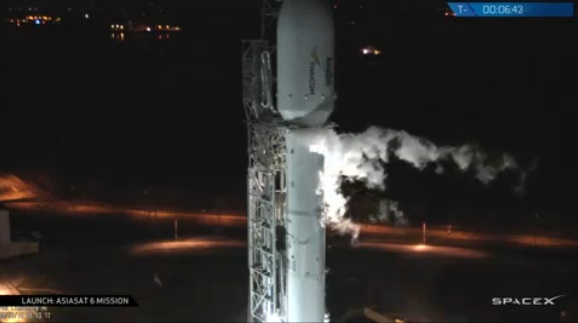 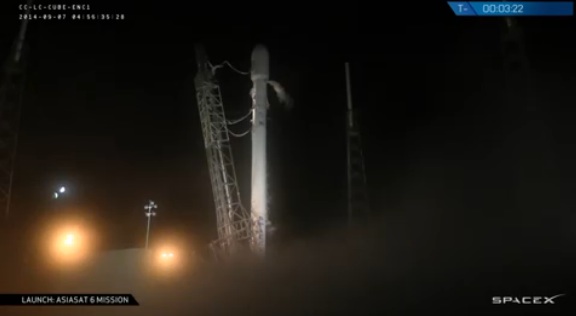 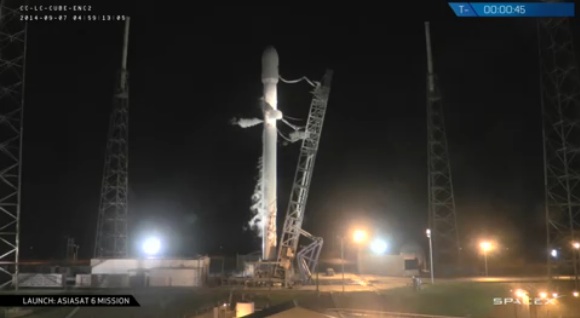 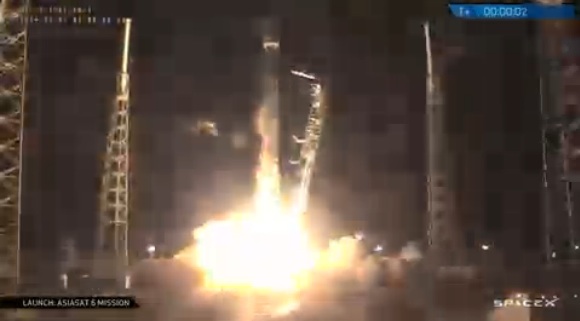 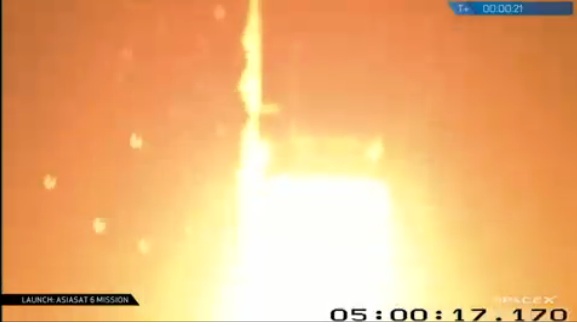 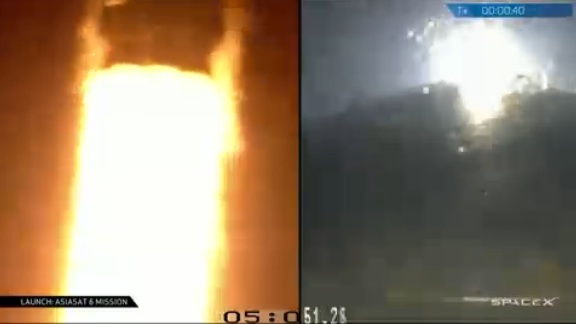 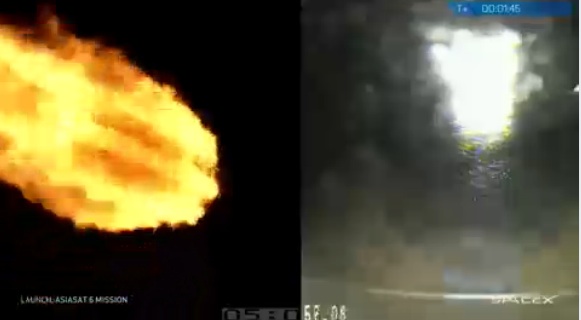 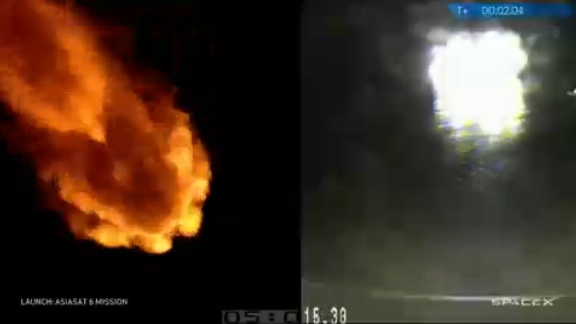 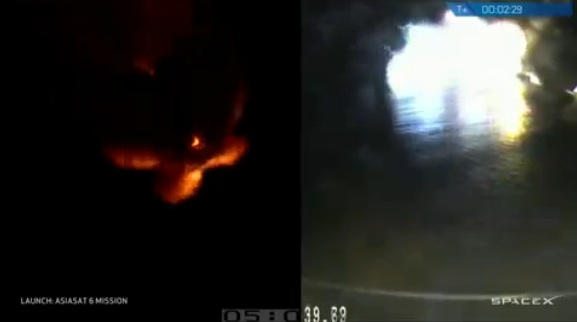 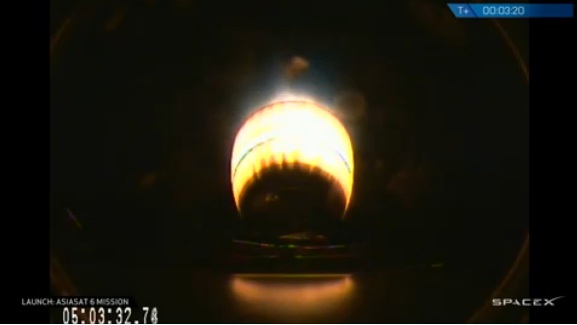 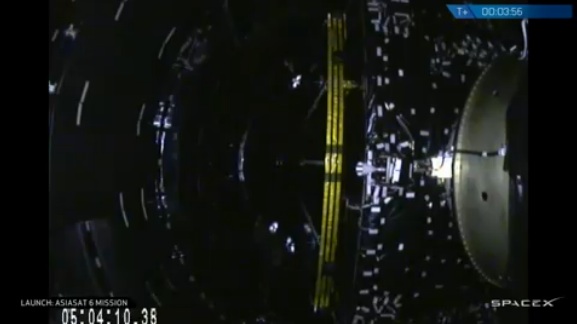 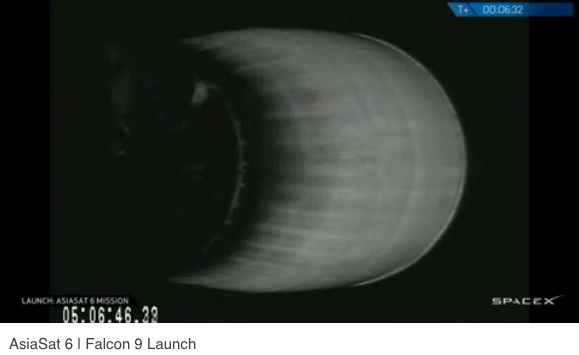 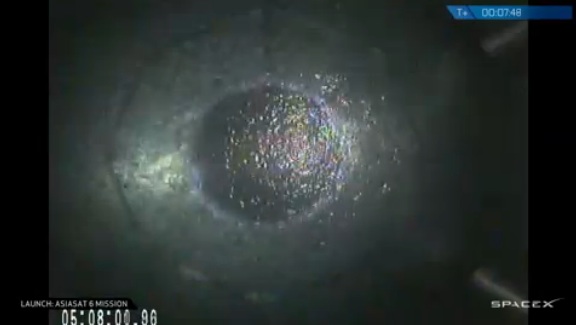