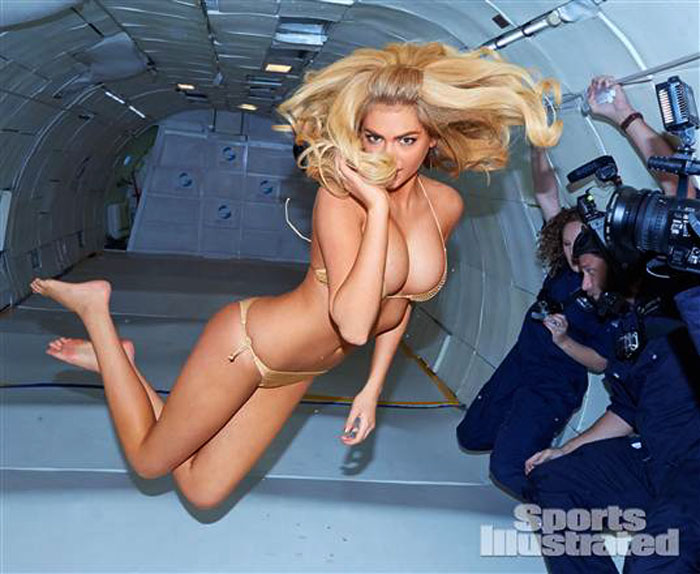 Space or Bust: The Science of Kate Upton's Zero-G Lift

Too much time in zero gravity is murder on bone density, but it can do amazing things for a gal's other ... um ... assets, as evidenced by Kate Upton's zero-gravity photo shoot for Sports Illustrated's 2014 swimsuit edition.
In an homage to "Barbarella," the 1968 sci-fi film featuring Jane Fonda's iconic aerial striptease, Upton conquers gravity wearing little more than a gold space bikini and a mod fantasy hairdo. Unlike "Barbarella,"
. 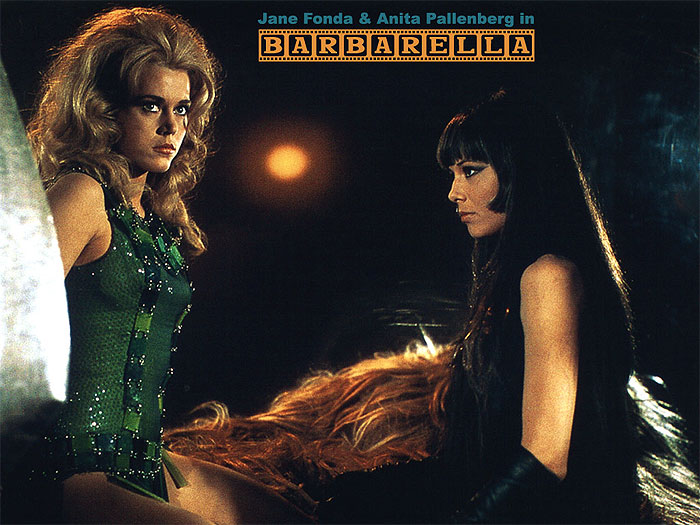 SF 1968
.
which created the floating scene by positioning Fonda on plexiglass, Upton achieved true uplift in real zero-G.
Upton's astronaut experience occurred aboard a modified Boeing 727 flown in a parabolic, roller-coaster maneuver, operated by Zero G, the company which took astrophysicist Stephen Hawking for a similar ride in 2007. As the jet climbs at a 45-degree angle, passengers endure 20 seconds of unflattering high G-force, a double-down of regular gravity that causes the kind of pinched faces and bulging eyes common in flight training videos — but not on the cover of swimsuit editions.
Everyone is far more photogenic at the top of the jet's roller-coaster arc, when 20 to 30 seconds of zero gravity is achieved. It's here that Upton illustrates the observation made by Sally Ride in 1983, shortly before she became NASA's first female space traveler. When asked whether she'd wear a bra in space, Ride responded, "There is no sag in zero-G."
Inertia, however, can be an issue for female space travelers during the rigorous daily exercise required to keep healthy while off-world, NASA flight trainer Robert Frost notes on Quora. "That's a lot of stress, so sports bras are commonly used (during treadmill workouts), Frost writes. "When not exercising, it is up to the preference of the individual astronauts and not really our business."
That said, Upton's graceful maneuvering is impressive, but it's likely she couldn't keep it up for long. "The first night in space when I was drifting off to sleep," one Apollo astronaut said in a NASA interview, "I suddenly realized that I had lost track of ... my arms and legs. For all my mind could tell, my limbs were not there."
Even a few weightless days can lead to bone and muscle loss, nausea and the brain's inability to know which way is up. On the plus side, no breast droop! You don't have to be a bikini model to reap that benefit ... just a NASA physicist or at least rich enough to afford the $4,950 ticket for the Zero G Experience.
Quelle: NBC
.

WASHINGTON — ­­Supermodel Kate Upton was the subject of a microgravity photoshoot aboard Zero-G Corp.’s G-FORCE ONE jet, a modified Boeing-727 on which NASA sometimes buys flights for science and technology experiments as part of the agency’s Flight Opportunities Program.
Upton’s photoshoot, for the just-published Sports Illustrated Swimsuit Issue, took place on a March 18, 2013, flight from the Space Coast Regional Airport in Titusville, Fla. It was one of Arlington, Va.-based Zero-G’s commercial flights, and not a NASA charter.
During Upton’s flight, the Zero-G aircraft flew 17 parabolas, each of which provides a brief period of microgravity on the downward arc, the company announced in a Feb. 18 press release. On 13 of these, passengers experienced microgravity conditions and floated about the cabin weightless. The remaining four parabolas simulated lunar gravity.
Quelle: SpaceNews
. 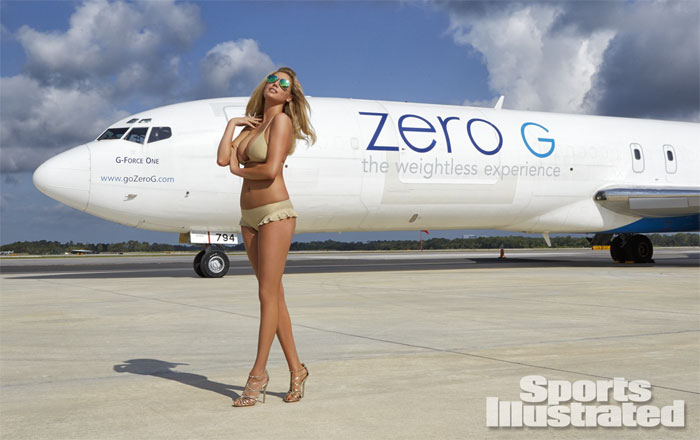 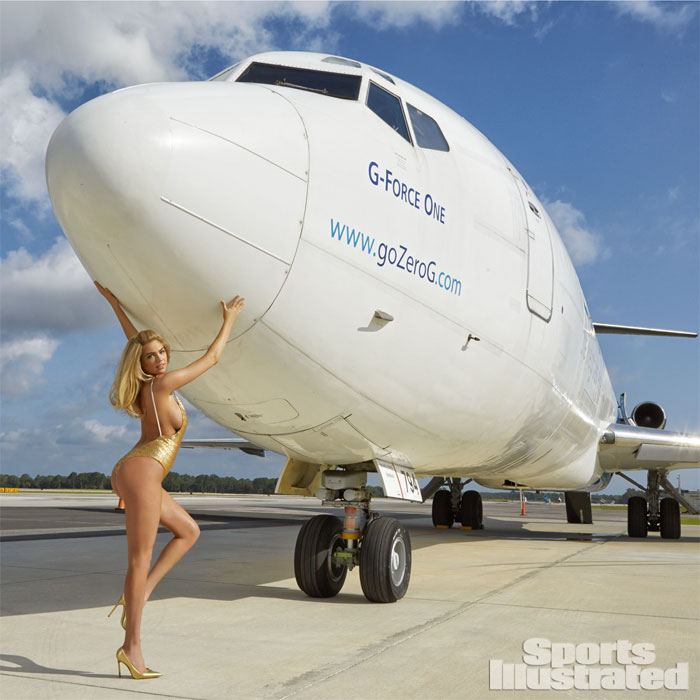 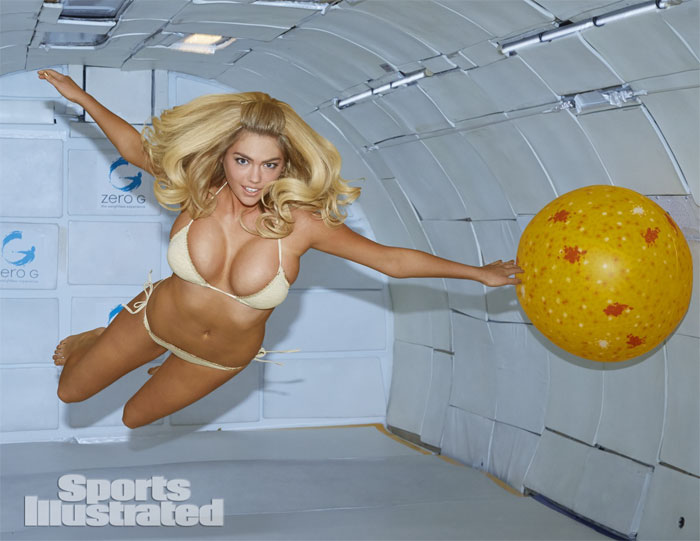 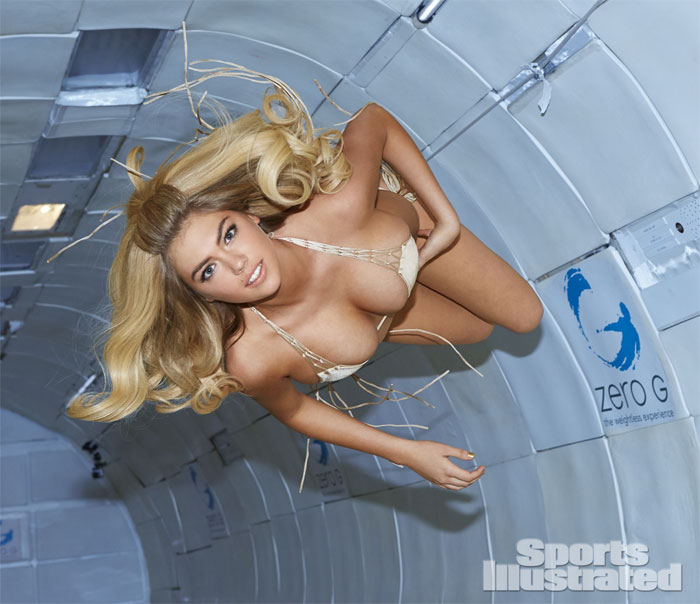 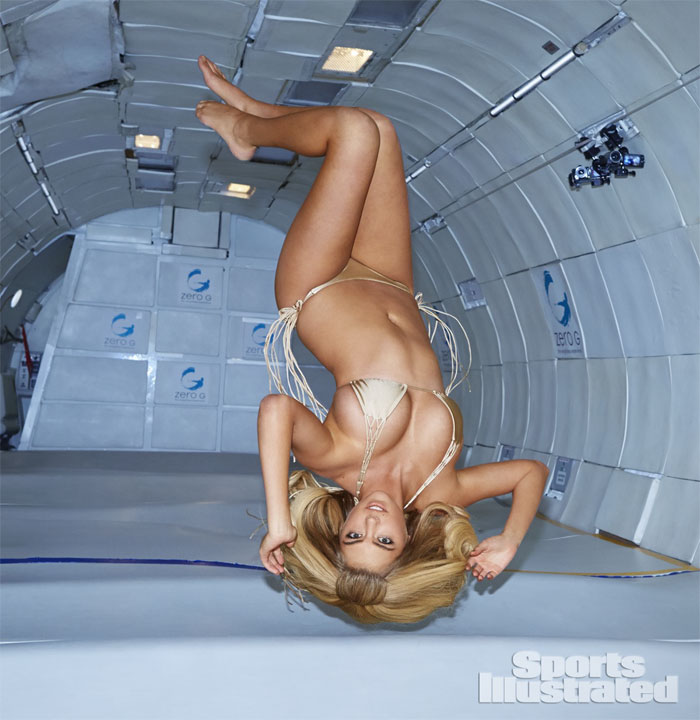 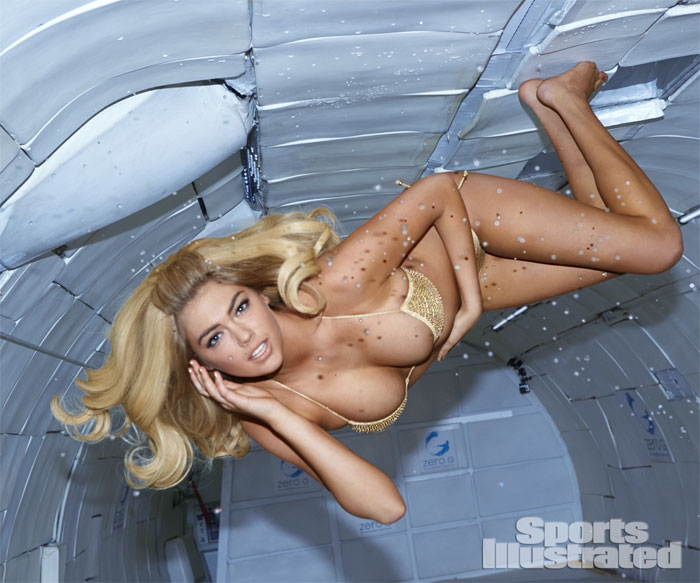