Ashley Dale, a PhD student at the University of Bristol, will lead a team of seven experts to the Mars Desert Research Station (MDRS) in Utah’s high-altitude terrain this Saturday [18 January].

For two weeks Ashley and his team will be part of a simulated experiment to replicate life on Mars.  Their physical and psychological responses to the conditions and food supplies will be studied to help prepare astronauts for future missions to the red planet.

The crew will live together in a small Habitat Module, with limited electricity, food, oxygen and water.

The specialist team will carry out research into a myriad of ground breaking technologies that will eventually be used in real space programmes, including those developed at NASA, the European Space Agency and the Canadian Space Agency.

They will be working on everything from quantifying neurological responses with prototype head-mounted EEGs, to tele-robotic rover field-testing, to development of protocols in tele-surgery studies with a group at the Concordia base in Antarctica, to field-testing of hardware for oxygen and hydrogen extraction from soil.

All outdoor exploration and fieldwork will be conducted wearing a new generation of analogue spacesuits with air supply packs and the researchers will also test ultrasonic spacesuit gloves, which feed information to the user’s fingers to give a sense of texture and temperature, allowing better awareness of the environment around them.

At 25, Ashley is the youngest member of the team. He said: “I began organising this expedition in late 2011. The learning curve and ramp up in my responsibilities was steep, especially when doing an unrelated PhD, but I feel I’ve gained much from this already.

“The coming weeks will be the culmination of over a year of effort. I have pulled together an elite team with an all-encompassing background. I am excited. This will be an intense and productive experience.”

The MDRS has hosted a multitude of researchers, scientists and engineers in the past, but Ashley’s team has two members unique to their mission - Kai Staats, a science documentary film maker and a 2ft tall humanoid robot.

Kai will generate over 100 hours of footage during the expedition. The robot is programmed to recognise voices, can text speech and can move in response to human actions. It is the latest prototype of the NAO robot, and will be used to conduct human-robot interaction studies.

MarsCrew134 is the 134th crew to work within the MDRS “analog” (simulation environment) in more than a decade of research at this site. This research facility reproduces conditions similar to that of the planet Mars in that the crew is isolated from other humans, reliant upon limited resources, and is limited by a narrow bandwidth to the outside world, an applied forty minute time delay in all communications.

What’s more, the relatively low, temperatures in the winter, Utah desert help invoke a sense of isolation for the crew who will not leave the habitat (a simulated landing module) without a full spacesuit for the duration of their Mission.

A wide variety of real-world research will be conducted during this mission, the results of which assist both public and private sector organizations in preparation for the first human exploration of the Red planet.

Some of the scientific experiments include extracting moisture from the soil for the production of hydrogen based fuels, searching for particular kinds of microorganisms near the habitat, and use of the Aldebaran NAO robot in a various interaction studies with Crew members, including yoga routines and assisting with a simulated, tele-surgery operation.

“As leader of humanoid robotics, Aldebaran is very proud to see increased awareness of near-future humanoid robots as daily companions. It is exciting to see how NAO will interact with MarsCrew134 in these conditions. We’re looking forward to receiving feedback from the team as to how their fellow NAO crew member affects their Mission.” says Eric Stevenson, VP Sales and Marketing for Aldebaran Robotics USA

With more than 4,500 units sold worldwide, NAO is the most widely-used humanoid robot in the fields of education and research. Through its interactive and autonomous capabilities, NAO is widely used in human / robot interactions, in both research and real-world environments.

Dr. Susan Jewell, M.D., Executive Officer and Medical Officer for MarsCrew134 states, “In our relatively short, two week mission, we will use the NAO to lay the foundation for longer-term, human / robot interactions studies. As the fastest trip to Mars will be no less than eight months duration, one-way, something like the NAO will be a valuable companion for the few-in-number, human crews. We hope to consider the NAO as our eighth crew member by the time we return from a simulated Mars.”

Aldebaran’s partner RobotsLAB trained MarsCrew134 for this Mission, paving the way for another important step toward near-future robot companionship. A small step for NAO but a big step for robotics.

“We thoroughly enjoyed training MarsCrew134 to program NAO for use during their upcoming mission,” said Elad Inbar, CEO of RobotsLAB. “Sometimes science fiction gets it right–it’s likely that when humans arrive to Mars, a robot will be there with them. This is therefore an important experiment, whether NAO is used to study the latest in Human Robot Interaction theories, to act as an assistant during surgery, or simply to demonstrate a yoga pose to help the crew relaxed.”

Ewan Reid, Roboticist and Crew Engineer for MarsCrew134 offers “While synthetic human companions in the workplace and education are not yet capable of emotion and human-like interaction, the Aldebaran NAO comes the closest of all consumer products on the market. It’s level of autonomy and interaction is astounding, far from what was available only a few years ago. We look forward to having one on-board.”

Aldebaran Robotics and MarsCrew134 see this initial use of the NAO robot in a Mars analog as the first step toward a near-future series of research projects in which humans and synthetic companions work together for an improve living and working environment in otherwise harsh, off-world conditions.

To follow the NAO its seven human companions on a simulated planet Mars, visit www.marscrew134.org.

About Aldebaran Robotics
Founded in 2005 by Bruno Maisonnier and now established in France, the US and China, ALDEBARAN ROBOTICS designs, produces and sells humanoid robots in order to contribute to the betterment of humankind. There are currently over 4,500 NAO robots operating in schools and universities in over 70 countries worldwide for education and research. ALDEBARAN ROBOTICS has a team of 400 people, 40% of whom are engineers and doctors, involved in developing and producing its robots. 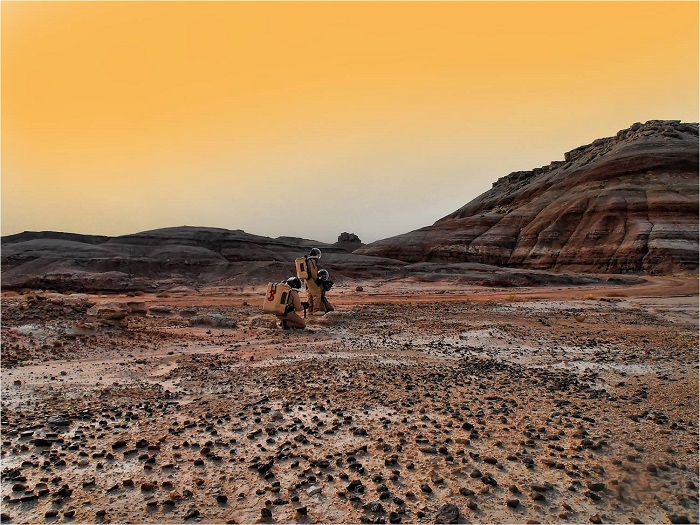 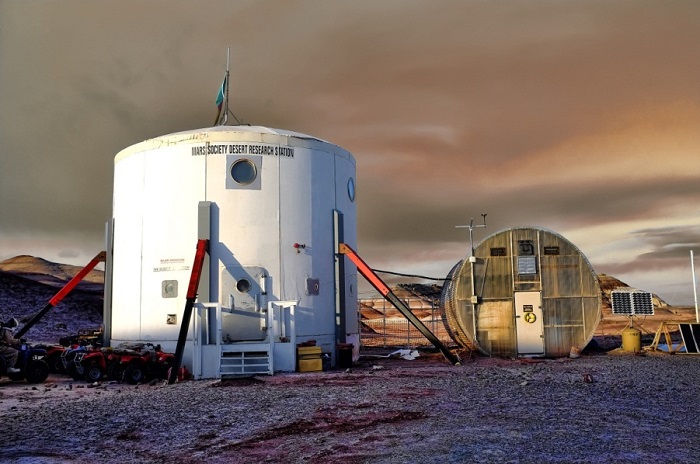 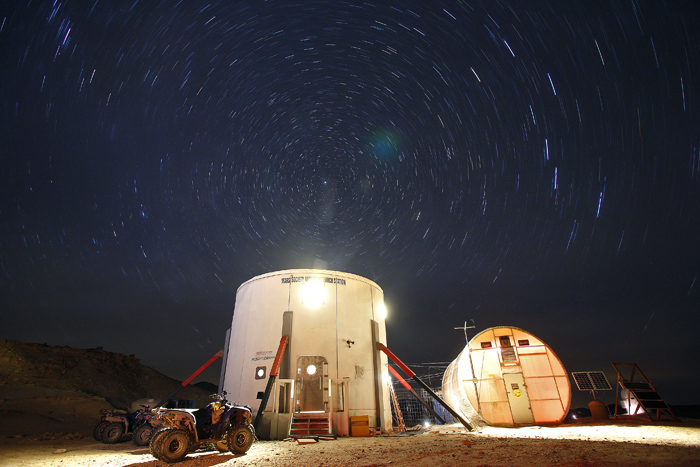