“But why, some say, the moon? Why choose this as our goal? And they may well ask, why climb the highest mountain? Why, 35 years ago, fly the Atlantic? Why does Rice play Texas?” — John F. Kennedy
. 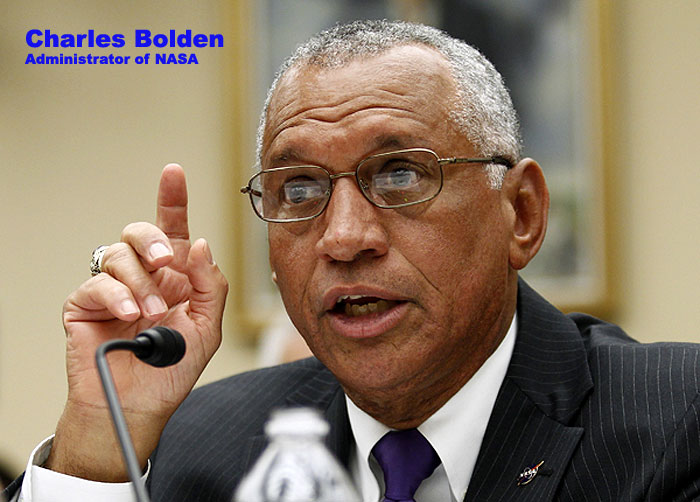 Fifty-one years ago, a young president asked a question that cut to the heart of the American explorer spirit. For me, NASA’s vision statement says it all. Why do we choose to go? To reach for new heights and reveal the unknown so that what we do and learn will benefit all humankind.
NASA astronauts, from the original Mercury 7 to our newest class of eight — 4 men and 4 women — have embodied that vision. They have been on the front lines of service to humanity in myriad ways and have lived lives of exploration and adventure.
It is hard to imagine anything more beneficial to humankind than protecting our planet from a dangerous asteroid that could strike Earth with devastating force, something we don’t currently have the ability to do. In addition to developing technologies that will aid in our planning for the first human journey to Mars, an asteroid mission will help us learn more about how to prevent an impact from one of these mysterious objects.
Three years ago, President Obama set a goal of sending humans to an asteroid for the first time by 2025 and making a crewed journey to Mars by the 2030s. The president’s $17.7 billion 2014 budget for NASA assures steady progress toward fulfilling those ambitious goals. It fully funds the Space Launch System (SLS) heavy-lift rocket and Orion Multipurpose Crew Vehicle needed to carry astronauts to deep space, and it advances game-changing technologies to attempt the first-ever mission to identify, capture and redirect an asteroid.
Capturing and redirecting an asteroid will allow us to accomplish multiple goals. First, it takes advantage of the hard work on our deep-space technologies and will provide valuable experience in mission planning and operations that will benefit future crewed deep-space missions, including our planned visit to Mars.
Second, it will allow our astronauts to interact with an asteroid for potential resource utilization in space to advance exploration and science. And third, it will inform future efforts to prevent an asteroid or other Near Earth Object (NEO) from colliding with devastating force into our planet.
Planning and design of this initiative has already begun. Leveraging capabilities throughout the agency, we plan to use a high-power solar electric propulsion system to rendezvous with, capture and redirect a small asteroid into stable orbit in the lunar vicinity. From there, our astronauts will be able to visit and return samples using the Orion spacecraft and SLS rocket.
There is growing worldwide interest in this initiation. Houston’s Johnson Space Center is already preparing our new class of astronauts to play key roles. Selected from the second largest pool of applications we’ve ever received — more than 6,300 — these astronauts “choose to go” because they know we’re developing missions to go farther than ever before, and they’re ready to help lead the first human mission to an asteroid and then on to Mars.
The events of Feb. 15 were a stark reminder of why NASA has for years devoted so much attention to NEOs. The predicted close approach of a small asteroid and the unpredicted entry and explosion of a very small asteroid about 15 miles above Russia, which caused injuries to more than 1,000 people, have focused worldwide attention on the necessity of tracking asteroids and other NEOs and protecting our planet from them.
While the probability of any sizable NEO impacting Earth anytime in the next 100 years is extremely remote, we cannot ignore this potential. The 1908 explosion of an asteroid over a remote part of Siberia devastated 830 square miles and flattened 80 million trees.
NASA currently leads the world in the detection and characterization of NEOs and is responsible for the discovery of about 98 percent of all known NEOs. We are regularly monitoring the risks to our planet and constantly updating our knowledge. But this requires collective action. That is why NASA has set a grand challenge for the nation: to discover the asteroid threats to human populations and know what to do about them. We invite the nation, and the world, to join with NASA and bring your innovative ideas for new science and technology, your passion and your commitment to space exploration and protecting the planet. Working together, I know we can rise to meet this grand challenge.
By involving humans for the first time in an asteroid sample return mission, we will demonstrate our new deep-space technologies, move closer to our goal of sending humans to Mars and learn more about how to protect our planet and prevent natural disasters from space.
That is why we choose to go!
Charles Bolden
.
Quelle: The Hill
« Zum vorherigen Eintrag Zum nächsten Eintrag »
3843 Views
Created with page4