A Russian Proton-M carrying three GLONASS navigation system satellites was destroyed in spectacular fashion shortly after lift off from the Baikonur Cosmodrome in Kazakhstan at 08.32 am local time on July 2. Moments after launch the vehicle veered off course, triggering the guidance system into a maneuver that appeared to over-correct the rocket, sending it into a shallow, arcing trajectory. 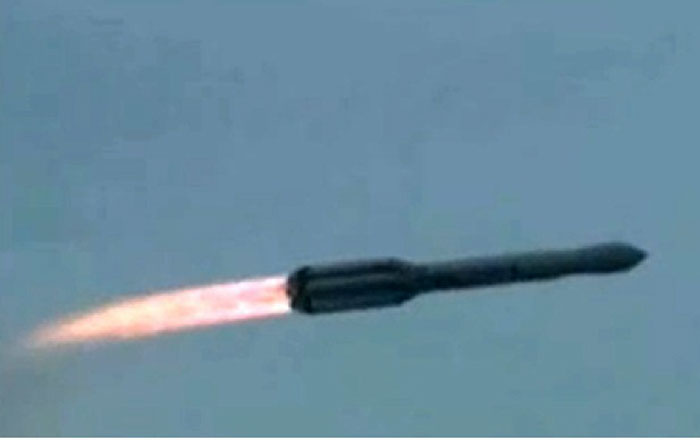 With all six RD-276 engines apparently still firing as normal, the Proton began slowly spiraling and flew horizontally for a moment before diving earthward. Seconds before impact the payload fairing and upper stage disintegrated (below) 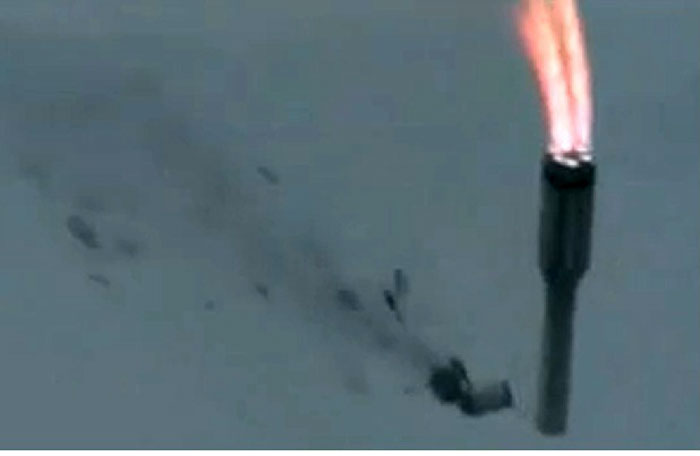 Despite the impact and fireball no-one on the ground is thought to have been injured. 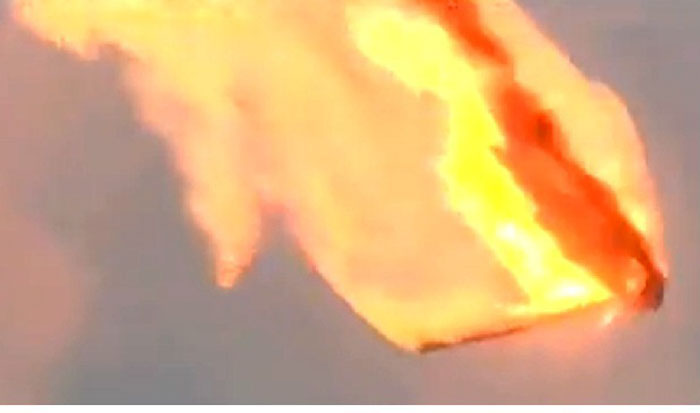 (all images Tsenki TV)
Three GLONASS satellites were previously lost in a failed launch of a Proton in December 2010. In this case a fueling error prevented the fourth stage making orbit, leading to the burn up of the vehicle over the Pacific.
. 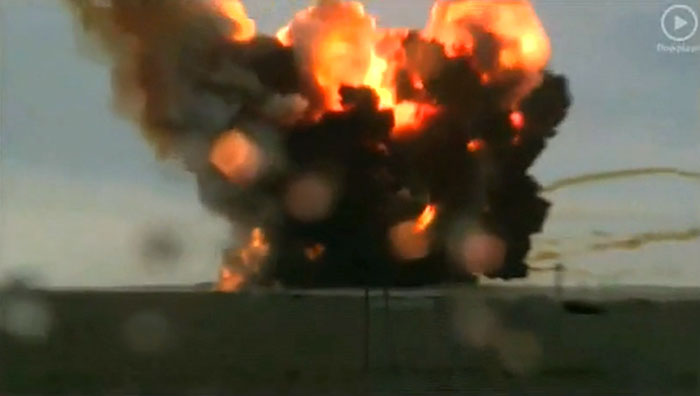 An unmanned Russian Proton-M rocket has crashed just seconds after its launch from the Russian Baikonur facility in Kazakhstan.
Dramatic video footage broadcast by Russian TV shows the rocket break up before exploding into a fireball over the Baikonur cosmodrome.
Russia's Interfax news agency reported that up to 500 tonnes of poisonous rocket fuel may have been released and contaminated the crash site.
There were no reported injuries.
The rocket was carrying three satellites for Russia's Glonass (global) navigation satellite system.
It is not yet clear what caused the accident.
It is not the first incident involving a Proton-M rocket, according to the BBC's Steve Rosenberg in Moscow.
A similar rocket crashed shortly after it was launched six years ago, and in 2010 another rocket failed to put three navigation satellites into orbit.
Quelle: BBC
. 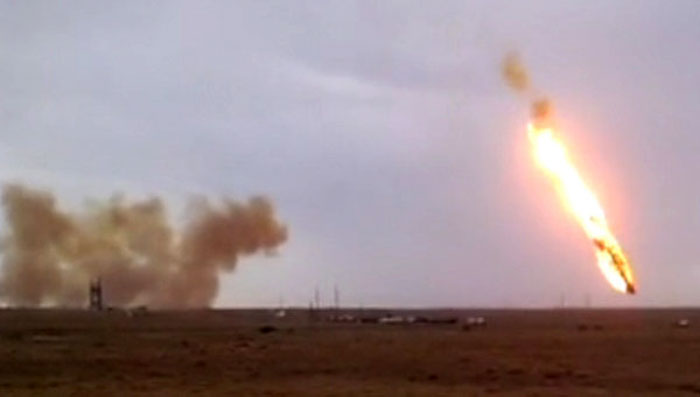