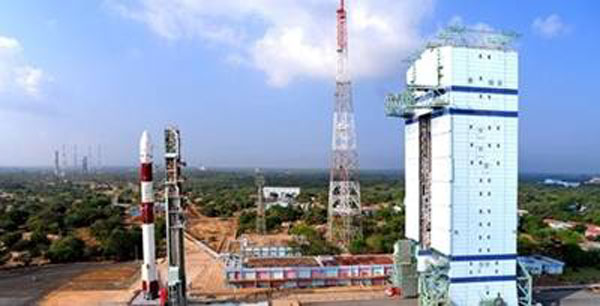 Chennai, July 1: The Indian rocket that at midnight will deliver the country's first navigation satellite is being readied for its mission with its second stage getting fuelled at Sriharikota, a senior official at Indian space agency said.
"The countdown is progressing well and the filling of the liquid fuel in the second stage is going on fine. The weather is good and we do not see any hitch in the mission," the official at the Indian Space Research Organisation (ISRO) told IANS Monday.
The 64.5 hour countdown began at 7.11 a.m. Saturday.
The 44-metre-tall Polar Satellite Launch Vehicle-XL (PSLV-XL) weighing 320 tonnes at lift-off is a four-stage rocket alternatively powered by solid and liquid propellants.
The solid fuel hydroxyl-terminated-poly-butadiene comes readily cast while the liquid fuel - unsymmetrical dimethyl-hydrazine-hydrate and 25 percent of nitrogen tetroxide for second stage and mono-methyl-hydrazine and mixed oxide nitrogen for fourth stage - are filled during the countdown.
Around 20 minutes into the launch, the PSLV-XL will eject the 1,425 kg IRNSS-1A (Indian Regional Navigation Satellite System-1A) at an altitude of 501 km.
The satellite is intended to provide terrestrial, aerial and marine navigation services and help in disaster management. The system is similar to the global satellite positioning (GPS) of the US and other countries.
The satellite, with a lifespan of around 10 years, is one of the seven constituting the IRNSS system developed by India and designed to provide accurate position information service to users within the country and up to 1,500 km from the nation's boundary, ISRO said.
The entire IRNSS system is expected to be in place by 2015 and the project is expected to cost around Rs.1,420 crore.
The service area can be expanded by adding more satellites, ISRO officials said.
The IRNSS will provide two types of services - standard positioning service and restricted service. The former is provided to all users and the later is an encrypted service for authorised users.
. 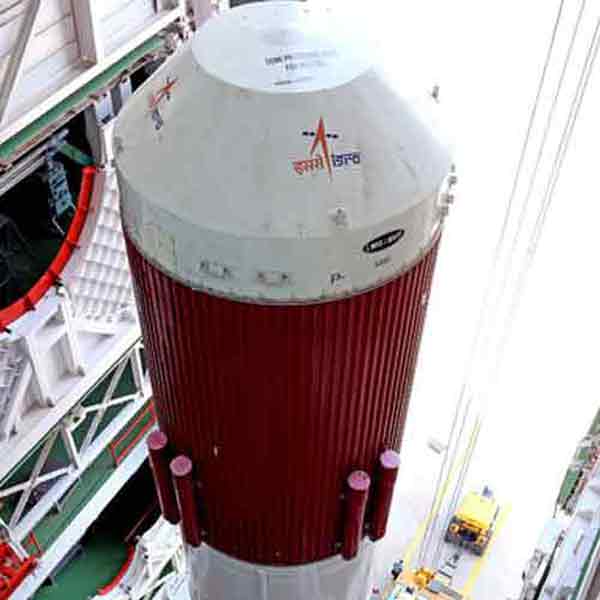 The Indian Space Research Organisation (ISRO) which has been involved in over 100 missions will for the first time in its 50 years old history will launch a satellite in the night on Monday at 11.40 pm from Sriharikota in Andhra Pradesh.
When the Polar Satellite Launch Vehicle, PSLV- C22 blasts off from Satish Dhawan Space Centre, Sriharikota at 11.40 pm on Monday with the Indian Regional Navigation Satellite System (IRNSS-1A) it will be for the first time that the space agency will be launching a satellite at night.
ISRO's past launches have been spread throughout the day with some of them taking place in early morning, noon and even late evening.
An ISRO spokesperson told dna that the almost midnight launch has been scheduled taking into account the orbit and inclination at which the satellite will be injected into the space. “Also the season of the year has been taken into account for having a midnight launch. If the satellite was to be launched a few months later then it would have been an early morning one,” he said.
The IRNSS-1A is the first dedicated Indian Navigation Satellite. In total seven satellites of the IRNSS constellation will be launched and the full constellation will be up during 2014 timeframe.
According to ISRO, the IRNSS is designed to provide accurate position information service for terrestrial (cars, goods transport, buses) aerial (flights) and maritime (shipping) navigation for users in India as well as neighbouring regions extending up to 1,500 km from India's borders/boundaries, which will be its primary service area.
The IRNSS will provide two types of services: Standard Positioning Service (SPS) for all users; and Restricted Service (RS), an encrypted service provided only to authorised users.
The IRNSS System is expected to provide a position accuracy of better than 20 m in the primary service area. This means if your vehicle is at point A on the ground, the error would go only as far as 20 metres, and not more -- which is pretty accurate in terms of navigational aspects.
The IRNSS-1A will be placed in an inclined geosynchronous orbit at 55 degree East longitude with an inclined orbit of 29 degrees with respect to the equator. The satellite will be positioned at 36,000 Kms altitude.
An inclined geosynchronous orbit means that the satellite's orbital plane will be tipped to some number of degrees from the horizontal as compared to the equator. In such cases although the satellite will be geosynchronous (completing one revolution around Earth along with Earth's rotation), it will not be geostationary (fixed in space at one point in relation with a location on Earth).
The entire IRNSS satellite constellation will compromise of three satellites geostationary orbits and four in inclined geosynchronous orbits, of which IRNSS-1A is the first one.
Applications of IRNSS:
Terrestrial, aerial and marine navigation, disaster management, vehicle tracking and fleet management, integration with mobile phones, precise timing, mapping and geodetic data capture, terrestrial navigation aid for hikers and travellers, and visual and voice navigation for drivers.
Quelle: ISRO
. 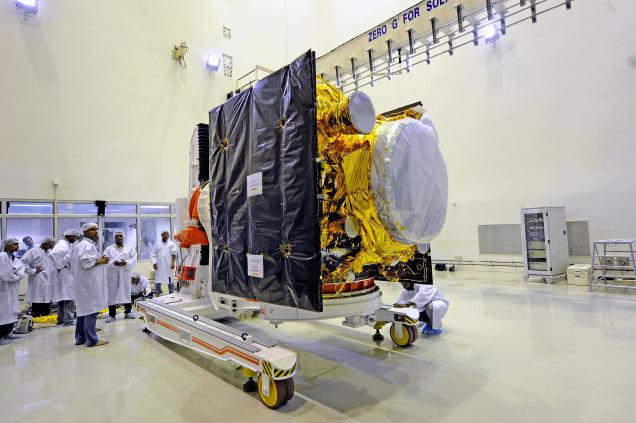