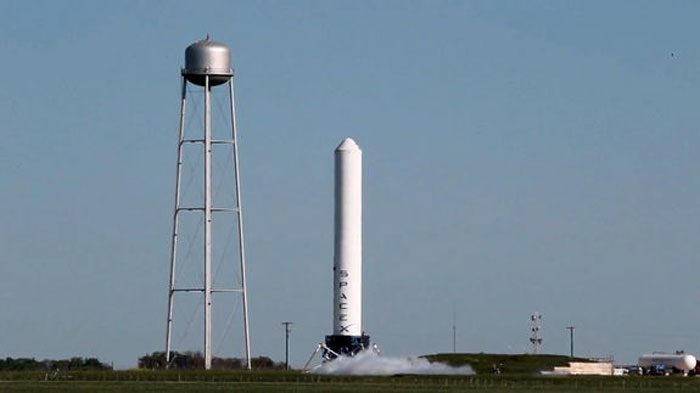 SpaceXSpaceX's Grasshopper Vertical Takeoff Vertical Landing (VTVL) vehicle stands ready to launch on its 820-foot (250 meters) test flight on April 19, 2013.
.
A private experimental rocket that may eventually lead to a fully reusable launch system has flown higher than ever before, soaring 80 stories into the air before landing softly back at its pad.
The prototype Grasshopper rocket, built by the private spaceflight company SpaceX, flew to an altitude of 820 feet (250 meters), hovered for a brief stretch and then returned to Earth at the company's rocket development facility in McGregor, Texas, on Friday (April 19).
The 1-minute test flight was the fifth made by the Grasshopper rocket. The jaunt more than tripled the rocket's previous record altitude of 263 feet (80 m), which was achieved during a March 7 test flight.
. 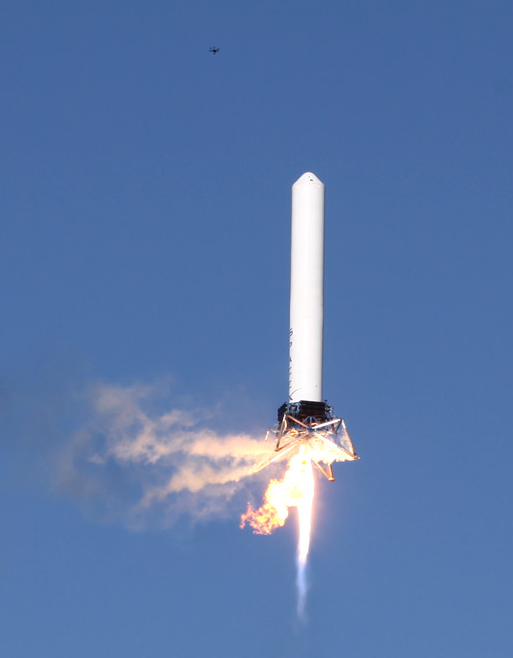 SpaceX's reusable rocket prototype Grasshopper soared 820 feet (250 meters) into the air on April 19, 2013. A tiny "hexacopter" probe, which took footage of the flight, is visible as a black speck slightly above and to the left of the rocket in this picture.
CREDIT: SpaceX
.
Update: 30.04.2013
. 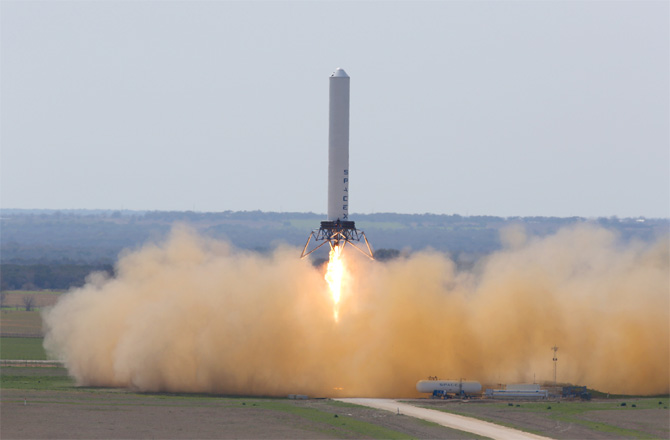 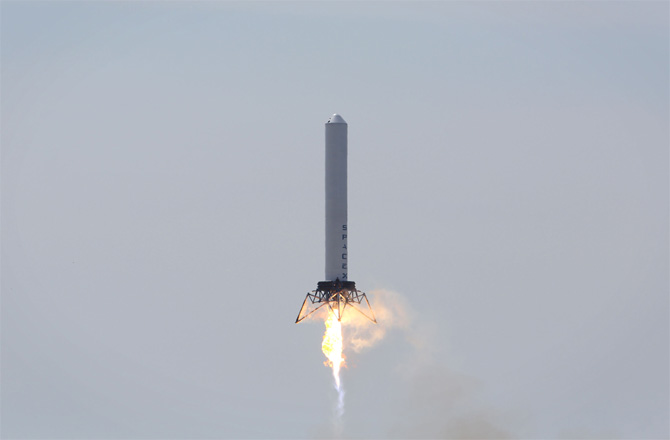 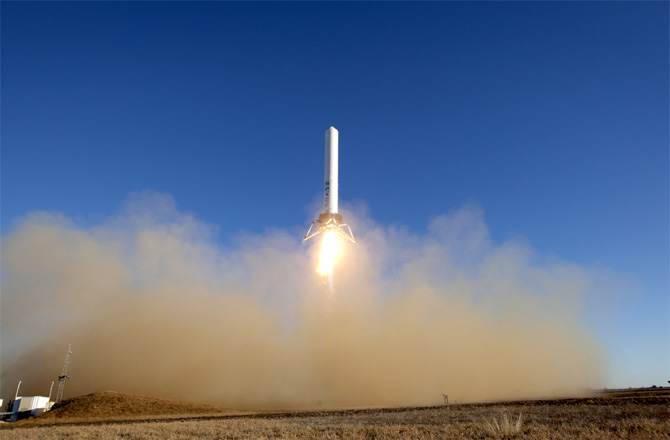 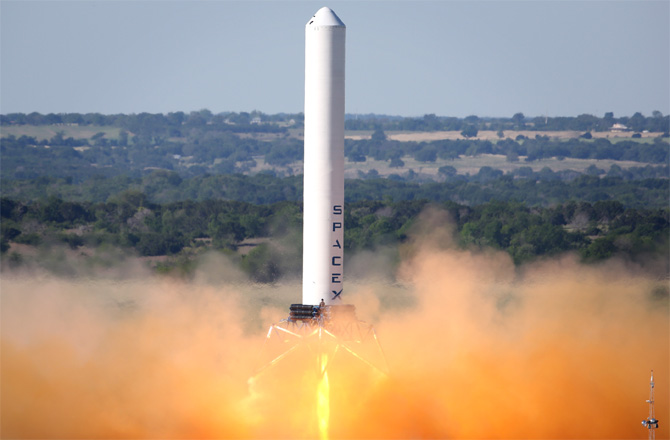 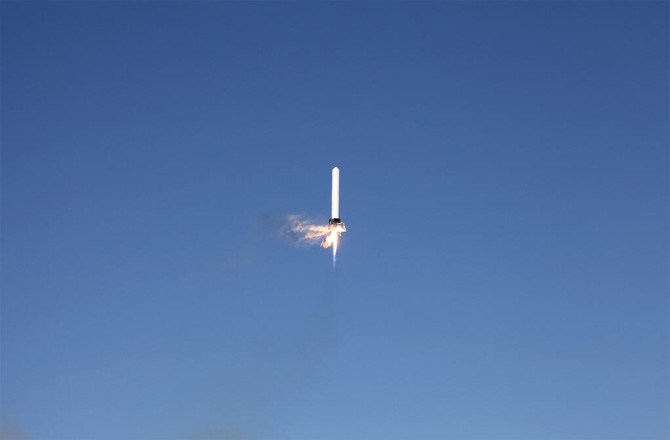