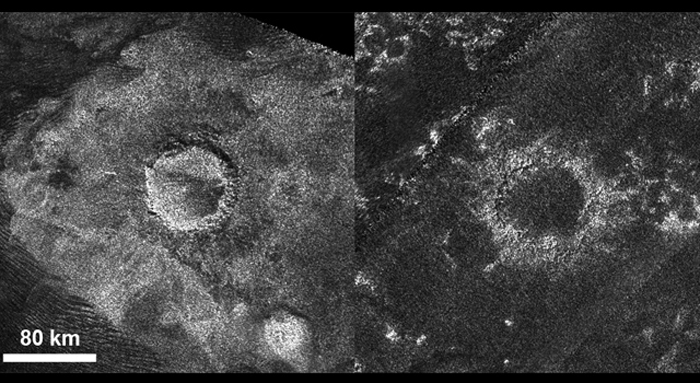 This set of images from the radar instrument on NASA's Cassini spacecraft shows a relatively "fresh" crater called Sinlap (left) and an extremely degraded crater called Soi (right). Sinlap has a depth-to-diameter ratio close to what we see on Jupiter's moon Ganymede. Soi has a shallow depth compared to similar craters on Ganymede. These craters are both about 50 miles (80 kilometers) in diameter. Image credit: NASA/JPL-Caltech/ASI/GSFC